The Life of a Million Yesses

I'll admit it- I'm a dork. I name my bikes. Sometimes the name comes right away. Sometimes it takes years. My first road bike, for instance, didn't really get a name until it was replaced with something flashier. It stayed as the trusty commuter bike and picked up the name Old Blue.

I wasn't expecting to name my newest bike right away because, quite frankly, I wasn't even expecting to get a new bike. To be even more frank, I wasn't expecting to get a new bike because I had no money to buy one. However, when Big E, who is definitely the more rational and less likely to jump into a decision of the two of us, told me he thought I should buy his buddy's frame, I listened. (Write this down Big E- I just admitted to the whole world that actually I listen to you sometimes.) Two weeks later, thanks to the generosity of Big E, his buddy, and Ramsey Bicycles, I had sold my trusty Mini Muk, Gracie: 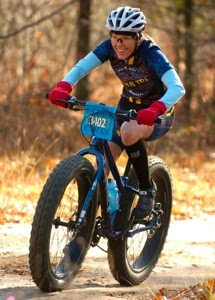 and the new frame had been built into this beauty:

Thankfully, after I finally bit the bullet to buy it, I picked up some extra work so hopefully I won't be paying it off for too many years!

Today, I took my first ride. Less than an hour in, I was coming around a sharp corner and realized how easy it was. Cornering has always been my weakness, but suddenly I was where I wanted to be and I thought, "This moment is like a little slice of heaven." I have no idea why I thought that because, as far as I know, it's not a phrase I use often. All I know is that after a couple rough months that involved a lot of tears and frustration, I was finally having a moment when all I wanted to be was right there, right then. I wasn't worried or overthinking things or sad or frustrated. I was just living.

The next thing I knew, the new bike had a new name.

I met Max Lyon over 20 years ago when I went to work for the outdoor education program he ran at The Chadwick School. Like nearly everyone who met Max, I was inspired by him. He was the epitome of an adventurous spirit. Shortly before Christmas 1996, Max offered to drop me off at the airport when I flew home to visit my family. I drove from my place in the desert to his place near LA the night before my early flight and we headed out to see the movie, Jerry Maguire. I'm sure you all remember the movie, especially the scene where a desperate Jerry runs out and asks Dorothy to marry him. Max had seen the movie before so he knew this was coming. He was nearly bouncing out of his seat with excitement when it did. He instantly looked over at me with a gleam in his eye and asked, "What would you say?"

We both knew this wasn't just about what I'd say if someone asked me to marry him. It was about more than that, about what I'd say to life, to risky choices, to big decisions, to loving without regret, to adventures that might change me forever.

I looked him dead in the eye, laughed and said, "Of course I'd say yes."

That night, when we got back to Max's place, as I headed to bed, Max was still wound up, inspired by the movie and our lively conversation that had followed. He poured himself a glass of whiskey and settled down to write. I have no idea what he wrote that night, but I hope it was all about saying yes.

To be honest, I hadn't thought about Max in years until today, but thankfully, for whatever reason, his spirit was there for a moment to bring me out of my funk and remind me to let the worries go and embrace life. It's only fitting that a bike so perfect for adventures should be named after him.

So here's to new adventures- and a life filled with a million yesses. 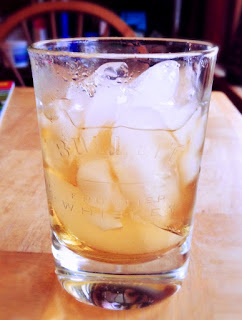