I'm never having children, which is probably a good thing.  I loath the sound of crying babies, cherish sleep more than anything other than running and biking and detest clutter.  My memory also sucks so even if a kid didn't drive me bat shit crazy with noise and messiness, I'd probably forget about it and leave it somewhere. Even my own parents never pressured me to have kids, probably because they were terrified I'd raise them in a minivan while traveling the country.  I like to think they did a good job raising me, but even I know their efforts to break my gypsy ways completely failed.

My point here is (there really is a point to my rambling sometimes) I will thankfully never know what post partum depression feels like but if it's anything like the post race funk I get into I'll just go ahead and add that to my reasons not to have kids.

I was fairly warned by other runners that this would happen after running 100 miles, so I kept a busy schedule for the first few weeks. I figured this would be a good time to squeeze in every doctor's appointment and check up I needed since I wouldn't be able to run. Of course I didn't consider the fact that scheduling a mammogram 5 days after an ultra might not be the best idea. Marji training pretty much reduced my already size A boobs to nipples. For some reason the room I was in for the mammogram was also about 30 degrees and I was in a hospital gown so we all know exactly what happened to my nipples. (I would've snapped a photo but I didn't want to scare the tech.) This whole "they flatten like a pancake" description might be true for others, but trust me, mine weren't even silver dollar size pancakes. After the tech pulled and tugged on my nipple to get enough flesh into the machine for a side photo, she apologized, saying, "I'm sorry. I know that's uncomfortable because I have part of your shoulder in there." That's right. She had to use skin from my shoulder to make my nipple stay in there. Needless to say, I wasn't surprised when I got the results and they explained I have extremely dense breast tissue.

Well no shit. That's because you mammogrammed my shoulder.

Thankfully the follow up MRI I had on my brain a few days later was actually a good choice during Marji recovery. I was too tired to be anxious so I was more than willing to lie completely still for an hour, especially since they actually had the heat on in that room.

The dermologist visit was equally uneventful. Thankfully the chafe had healed by then, although she was quite fascinated with my feet since by then the skin and toenails were all falling off. Big E suggested I make a charm necklace out of my toenails. I briefly considered sending them to Todd. In the end I had to dispose of them since I was still having Marji nightmares and didn't need anything to remind me of the race. Or at least the painful parts of it.

Anyway, once my all my appointments were over, I was left with peeling feet, sore knees and my post Marji funk. You'd think getting to be outside in this would help: 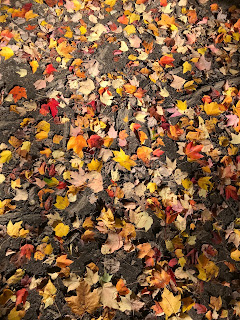 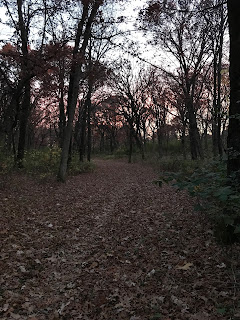 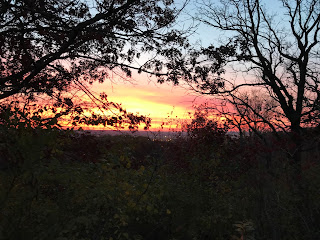 but although I love being out there and soaking it all in, I still miss the simple, goal-oriented life of the last few months before a big race.

There's something about that forward focus on a big goal that makes life so easy. Between work, training, eating and sleeping there's not much time for bullshit. You make time only for what's important, which is, quite frankly, a really awesome way to live. You appreciate every little thing, even just having 20 minutes for a nap, because time is precious.  Things that might normally bug you don't because you're too busy running, eating or sleeping.

Which of course leads me to believe that there really is no such thing as "finished business" to an endurance junkie. There will really always just be business, followed by post-business funk, followed by more and probably crazier business.

I guess we all have our own circle of life. I would try to break mine, but then I'd be bored so I'll just go ahead and embrace this funk while I search for the next great adventure. And drink. Because Big E was disappointed that I didn't finish this in under 32 hours so apparently I have my next "in between races" challenge. 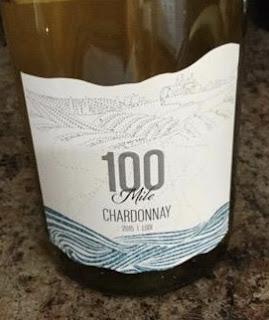