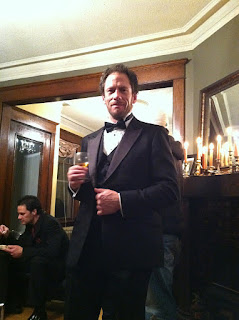 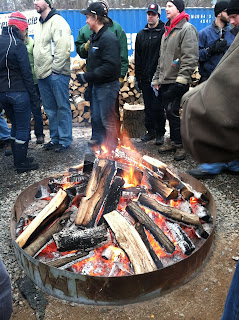 That could've been a great end to the weekend, but we weren't done yet. There was a cyclocross awards banquet to attend so we pried ourselves away from the fire, cleaned up and headed off for some food, awards and bowling. Thankfully they gave me my award before they saw me bowl. Someday I will break 80, really I will......
Posted by Lisa T at 6:02 AM 2 comments: