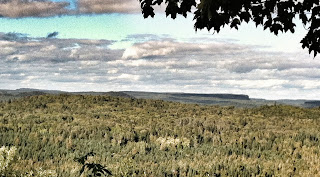 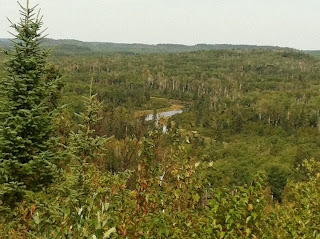 Of course by then I'm sure we'll be even farther north so maybe I really will get a picture of some Sasquatch tracks.....
Posted by Lisa T at 8:53 PM No comments:

According to Big E's phone, this photo was taken at around 6:30am during last weekend's 24 hours of Hellside. I'd ridden 7 laps straight, from 5pm until about 2am, made an unsuccessful attempt to sleep for two hours and then gotten back on the bike in the dark to ride another lap as the sun rose. Moments before the photo, I lay on the ground laughing hysterically while Big E removed my socks because I couldn't do it myself. I was, as Big E calls it, "shelled".

I hadn't thought much about this term when he first used it, but later I realized the appropriateness of it. It's that place you get to when you have pushed yourself so hard your shell comes off. That tough outer coating that masks your vulnerability is gone and all that's left is the raw inside, the stuff people don't usually get to see.  The good part.

When I think back on my life and the people who've seen me this way, I realize they are the people I've felt closest too. They're not necessarily the ones I've spent the most time with, but are instead the ones who've see the raw me. They know first hand my yolk's not rotten, so to speak. (Or at least I hope so.) They're the ones who've ridden bikes with me in the middle of the night. They're the ones who've pulled my ass out of the river when I've flipped my kayak. They're then ones who have, quite literally, had my life in their hands at the other end of a climbing rope a thousand feet off the ground. They're not even always people who've been there in the thick of things. Some have been there at a finish line when I couldn't lift my leg over my bike or when I realized I'd ridden for so long I didn't know to do next. Others were there when I found out my mom died and melted into a screaming, hysterical mess on the floor. You get the picture. They're the ones who've seen the real, completely shelled and unhinged me and hung around anyway.

I've spent an unusual amount of time shelled in the last year. I'm not sure why I keep choosing to do this. Maybe partly it's because I like the connections I make with people in this state. Some people need to be drunk to connect with people. I, apparently, just need to be completely shelled. Maybe it's also partly because every time I take the shell off, I realize it's not nearly as scary as I thought it would be. I'm sure it's also partly that I've grown accustomed to leaving a bit of the shell off every time so that the day to day me gets to be a little be closer to the shelled me every time.

This has always been one of my favorite quotes:

Not that I want to spend my life actually crying, but I strive to live, as often as possible, right on the edge of being overcome with emotion. That, to me, is the where the good stuff happens, and you never get there if you leave your shell on.
Posted by Lisa T at 7:04 PM 2 comments: