It's Not All About You 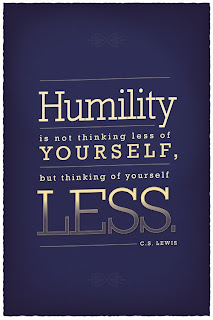 Last week was my week to volunteer at the iCan Shine Bike Camp. They come to town once a year with their fleet of special bikes designed for teaching kids with special needs to ride on two wheels. It's always a good time. Lots of smiles, high fives, cheering....

This year I was assigned to work with B. We struggled a bit with the pedaling concept. He got it some on the freewheel bike, but on Friday when it came time to ride his own bike with coaster brakes, we hit a wall. We were frustrated. He wanted to ride. I wanted him to ride. B speaks little, communicating mostly with gestures, but he didn't need to speak to tell me how defeated he felt.

At one point, we were taking a quick stop, readjusting his feet. His head was hung. He'd just thrown up his hands in exasperation. While we were stopped, I noticed another kid finally get off on two wheels. Teacher instincts kicked in and I yelled, "Go O!"

Without missing a beat, B yelled, "Go O," too, momentarily forgetting his own frustration.

At first I thought he was just imitating me, but then I realized he'd been doing this all week. Every time he noticed someone doing well, he cheered. When someone struggled, he said, "Uh oh." It dawned on me in that moment, as he let go of his own frustration for someone else's benefit, that this kid had something a lot of us lack- the ability to realize that it's not always about him. In fact, I saw him show more empathy toward others in a week than most of us probably show in a lifetime.

Later, his mom and I were chatting. She explained that she'd planned on four kids, but then he came along as her third and he was like two.  She said it so simply, with so little judgement or regret, that before I knew it I'd responded with, "So then he was a gift? Two in one?"

"Yes,"she said, "he was most definitely a gift."

How lucky she is for this gift of a kid with a great big heart. How lucky he is to have a mama who appreciates him so much.  How lucky I am for getting to learn from them both.
Posted by Lisa T at 7:49 PM 1 comment:

This is How We Roll

Bearded Lady Motorcycle and Freakshow. We arrived via scooter, my new favorite mode of transportation. Need I really say more?

Beautiful Bikes
And then there was the greatest people watching....

Say What You Mean, Mean What You Say

Last week, my boss informed me, in the midst of a stellar 6-month performance review, that I needed to "make myself look more valuable" to the company. This morning, as I rode the last few hundred feet through the parking lot at work, a co-worker nearly ran me over rushing to get "her spot". As I slammed on the brakes and looked into her eyes through the windshield she screamed, "Get out of my fucking way!"

I'm the first to admit I'm overly sensitive so it was no surprise that both of these situations rattled me to the core.  I take words to heart, often hearing so much more than was actually said.

For instance, in the case of my boss, she may have meant, "The company is going through hard times and there may be lay-offs. I want to keep you around so let's make sure we have a reason to keep you." What I heard was, "You are not valuable."

In the case of the co-worker, I honestly don't know what she really meant, but what I heard was this- "Your presence in the world annoys me."

Harsh, I know, but that is how we thin-skinned people interpret the world around us.  A few harsh words can leave us shaking for hours, a dirty look can keep us up all night,  a rolling of the eyes can leave us wondering why we annoy you so much.

There have been times in my life when I wish I could change this, when I wish I could, for just one day, not be so annoyingly sensitive. Of course, then I remember that things could be so much worse. I have all my working body parts. I'm healthy.  I have a lot of good people who love me. I get to ride my bike to work and then home in the sunset. Best of all- I get to be sensitive enough to know that I should think before I speak, just in case the other person might hear it much more harshly than I meant it.

So, I leave you one thing. Before you speak, remember this:  Choose your words wisely because what the other person hears will leave a much greater impression that what you meant to say.
Posted by Lisa T at 10:09 PM 3 comments: 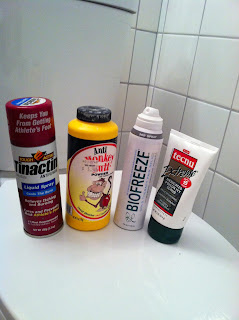 There you have my post-workout concoction.  Sometimes I mix in a little dish soap just for peace of mind. Thankfully, not all of it has to go on all parts. Biofreeze and Anti-Monkey Butt powder should never touch the same places.

The same cannot be said of the pre-workout concoction.  Sunscreen, poison oak repellent and 100% DEET often all go on the same body parts. The first day, I tested a small area, not entirely convinced that when combined, the three wouldn't create some sort of chemical reaction and explode on my skin. Thankfully, they did not. When I get my hands on some tick repellent, however, we may have a science experiment happening on my legs.

In the meantime, my personal tick removal team has been busy. 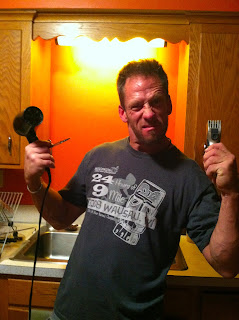 I've also passed the ultimate high speed driving test. I have proven that I can successfully remove a tick while driving on the interstate. Of course, there was a bit of searching in the car later, but in the end, the bastard was destroyed.

Midwesterners love to joke that the state bird of their particular state is the mosquito. I've decided that not only is the state bird of MN the mosquito, but the state animal is the tick, the state tree poison oak and the state flower some sort of plant described to me as itchweed.  I have no idea what itchweed is or what it looks like, but apparently I manage to run through it on every long run.

Of course, obviously life is good if all of this outdoorsy-ness is happening so I'll go ahead and count my blessings that I get to have enough adventures to need all these products. 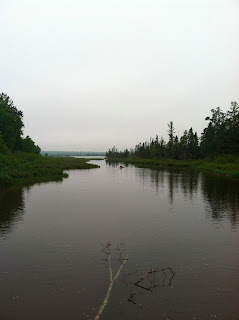 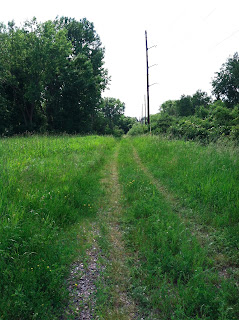 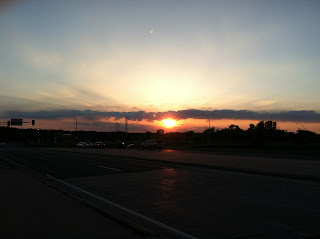