Yes, I am alive. I have forgotten to blog because, well, some days I don't sit down and it's hard to blog standing up. It might not be if I had a standing desk but I don't. So I blog on the couch.

Since our big snowmobile trip life has been quite exciting. We dog sat. Somehow I managed to turn a golden retriever into a vicious attack dog in three days. Not that Eddie wasn't able to charm her after she tried valiantly to keep him away from me when he came home dressed in bike clothes. (Bike clothes are apparently terrifying to dogs!) 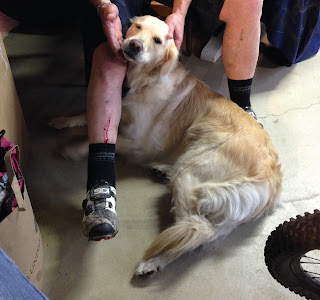 I took the trophy to Red Squirrel's big 5-0 party. We had to pose for pics since he was the first winner of the trophy. 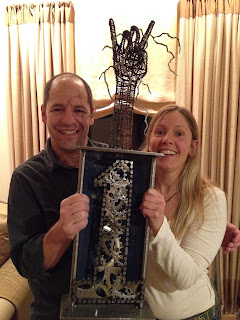 Somehow the trophy ended up in my nose. 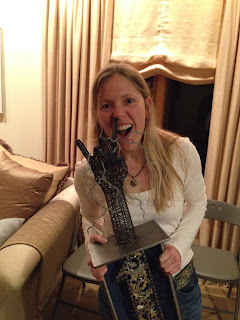 What do you expect after a few drinks?

I don't have a picture because I figured busting out the phone for this moment would be weird, but I was elected a delegate for my area and I get to go the the Republican MN state convention. Yes, I realize they would never have elected me had they seen the above picture. What they don't know won't kill them.

I made Easter dessert and it didn't suck. Big E even said it was better than the first time I made it for Pop. (Sorry Pop, I'll have to give it another go for you.) 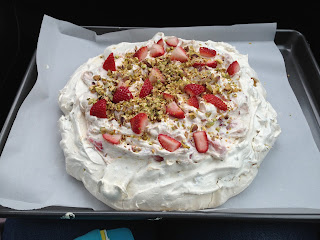 Somewhere in there I also moved out of my office and began getting my new one ready. I have three more days to make this into a massage room. 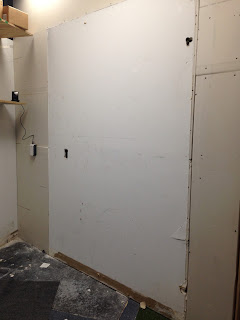 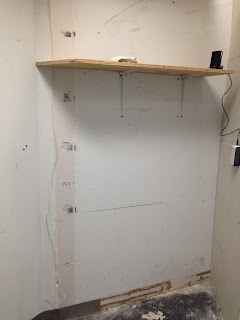 Anything is possible with a little drywall tape, joint compound and paint. Oh yes, and carpet. I will learn how to lay carpet in the oddest shaped room on the planet. I've always been geometry challenged so this should be exciting. 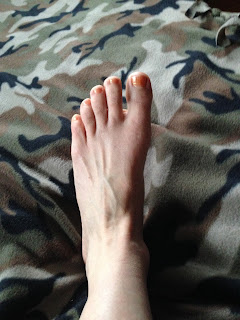 I know. Miracles do happen. You're welcome, Big E. Now that I have girlified my feet for you I expect nightly foot rubs.
Posted by Lisa T at 9:28 PM No comments: 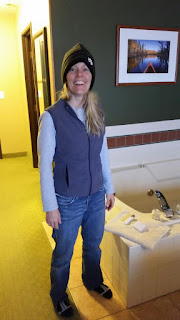 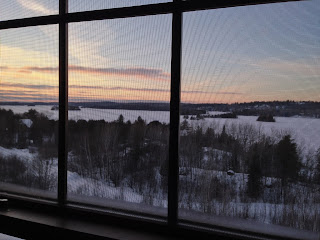 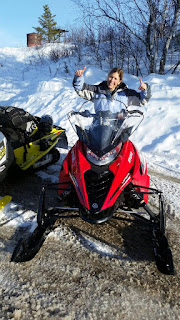 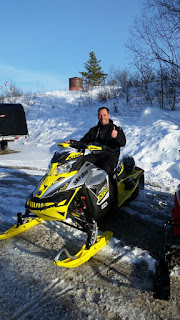 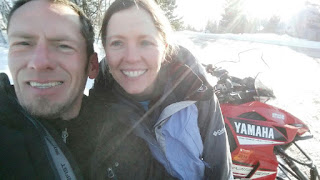 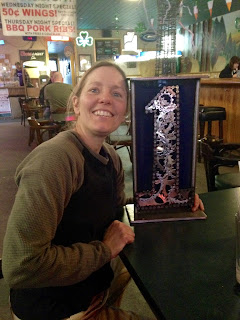 Funny how some things come when you most need them. After a rough end to last year's racing, I'm now ready to find some new adventures so I can keep the spirit of this thing alive.....and take its picture in some really cool places. (Of course, Big E has already become my "trophy sherpa" since I can barely lift the thing myself.)
Posted by Lisa T at 7:42 AM 3 comments: