Because I Love New Tools....

Most of you know how this blog started. I sold most of my possessions, put a lot of the rest in storage and loaded the few I needed most into my minivan.
I shut down my business and started driving. It was no surprise that most people thought I was crazy. I had a pretty sweet life. I worked for myself. I lived in southern California. I had ample time to play.
I really never had a great explanation for why I left on that trip. I guess, simply, I hoped for something more. It’s not that there was something there I was trying to leave behind. It was instead about wanting to see what was out there that might be even better.
In hindsight, I didn’t realize how much that thought process guides my life. When people realize how much I run and ride my bikes, they often joke, “What are you running (or riding) from?” For years I tried to answer that question. Honestly, it took me until last week to realize why I didn’t have an answer.
I was stressed so I headed out on the bike, away from town, in search of dirt. As soon as I got away from traffic, my mind started to buzz. Instead of obsessing over the things that stressed me, I was finding ways to move past the stress, planning ahead, inspiring myself to make my life better.
At some point I realized I had finally answered the question. (Thankfully, because I was really getting sick of wondering.) I’m not running or riding FROM anything. I’m running and riding towards something- towards the hope of something better, happier, more adventurous…..
Yes, I know those of you (Pop) who’ve been hoping I’ll actually stay in one place for awhile are getting nervous right now. I will ease your mind a bit and assure you that I’m not planning another big move. Not yet anyway.
I do, however, always have plans in my head and this year’s plans involve a lot of time on a bike. I’m thinking these plans might mesh really well with this amazing idea the folks at Foundry Cycles have to loan someone a bike for the year.
Basically, they loan me a bike. I ride it everywhere. I race it. I get it dirty. I show it off. I blog about it. I post pictures of it. Considering I do that with my bikes already, I figure I’m a pretty good match. You’ll just get a lot of pictures of a new bike instead of the same old pictures of Gracie the Mini Muk and Sam the Cross Bike. 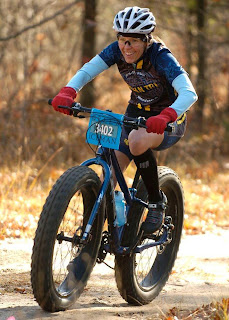 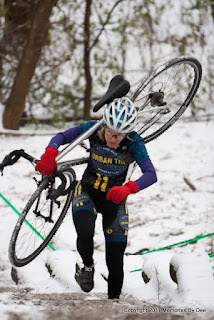 Yes, I know naming them is weird but if you spent as much time as I do on a bike, you’d probably start talking to yours too. I have a sign in my bathroom (what can I say, I don’t have a lot of furniture so the back of the toilet has to work double duty as a shelf) that says, “Some people come into our lives and quietly go. Others stay awhile and leave footprints on our hearts and we are never the same.” This has been true of the people in my life. It has also been true of my bikes. Of course, some of them have left more of a mark on my ass than my heart, but you get the drift. Some of my bikes have been pretty special.
I have a feeling this new one would be pretty special too. After all, the Foundry motto is this:  It’s a tool, not a trophy. Considering that the bike shop near my house in San Diego finally refused to work on my bikes unless I cleaned them first, it’s safe to say I whole-heartedly agree. It’s not that I don’t take care of my stuff. It’s just that I’ve never been one to avoid the mud puddles.
So here’s to hoping for a new bike to keep me riding towards new adventures.  In fact, I already planned the first one while I rode today. Since I would be the Midwest Tradesgirl for Foundry if I get the bike, I think I should plan to ride it in every state in the Midwest. So if you live in one of those states, maybe you'll see me riding around this sweet ride..... 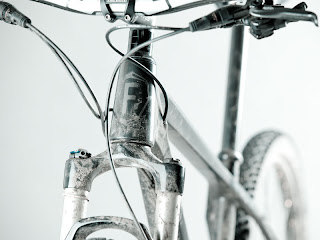 In the meantime, check out the Foundry website and get familiar with their bikes. I just might need some help naming one sometime soon!   Foundry Cycles
Posted by Lisa T at 7:03 PM 4 comments: