Perhaps I should've seen it as a bad omen when a thunderstorm hit last Friday while I was packing the car for a weekend of camping and racing at the Miner's Revenge, but then, I rarely take anything as a bad omen so I figured it was just a little rain and hit the road. I was anxious to get to the UP Friday night so I could pre-ride the course and squelch my fear of riding through an old mine.

If only I had known riding through the mine would be the easy part.

I actually made the drive in nice weather, but drove into rain again just as I arrived at the race site. I set up my tarp in the drizzle
and headed out to conquer the big, scary mine. 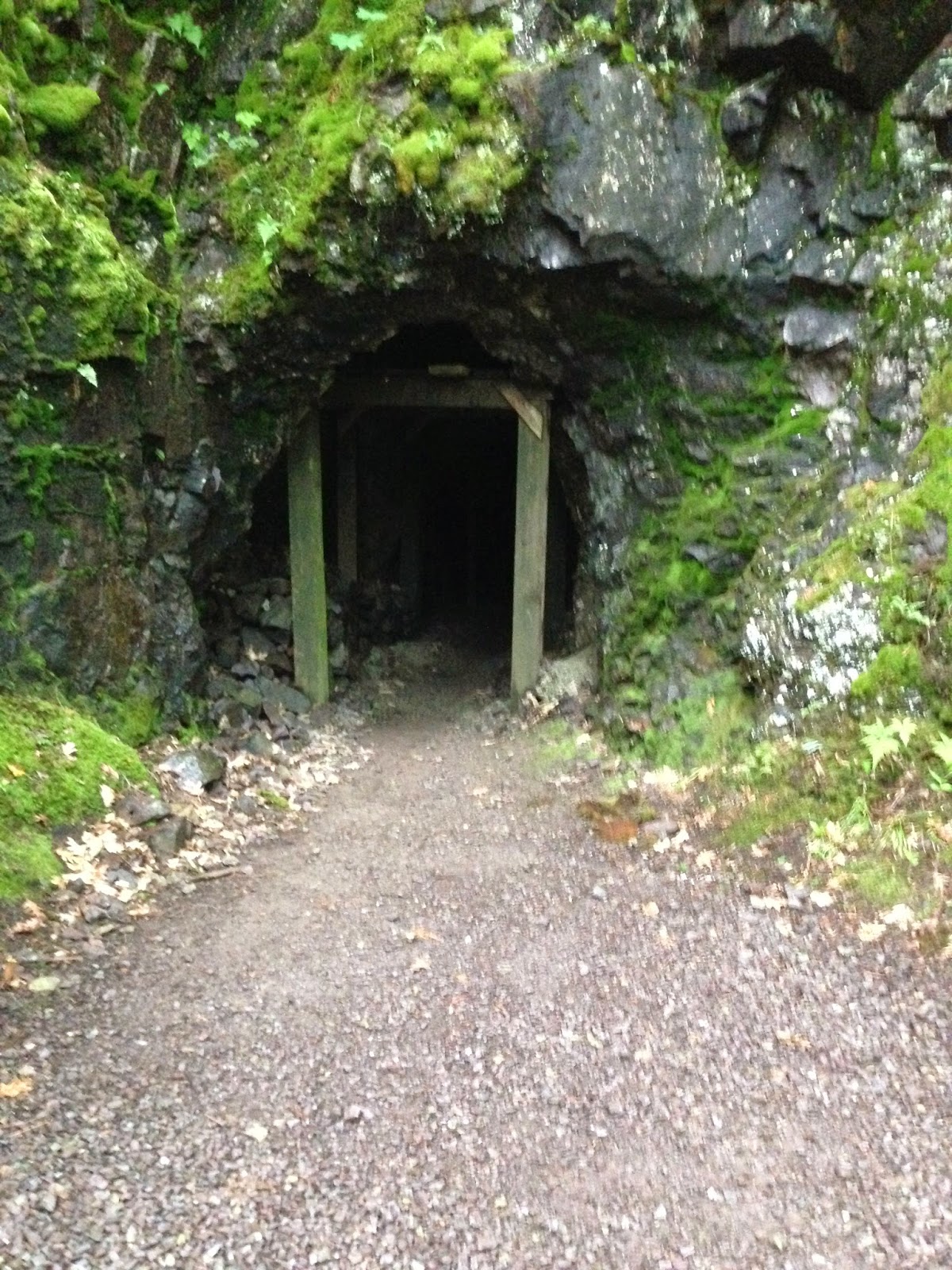 I'll spare you the details and just say this- the mine was definitely the easy part. What really terrified me was the rest of the course. Wet rock on steep hills is my worst nightmare. Trust me- I dreamt about this all night: 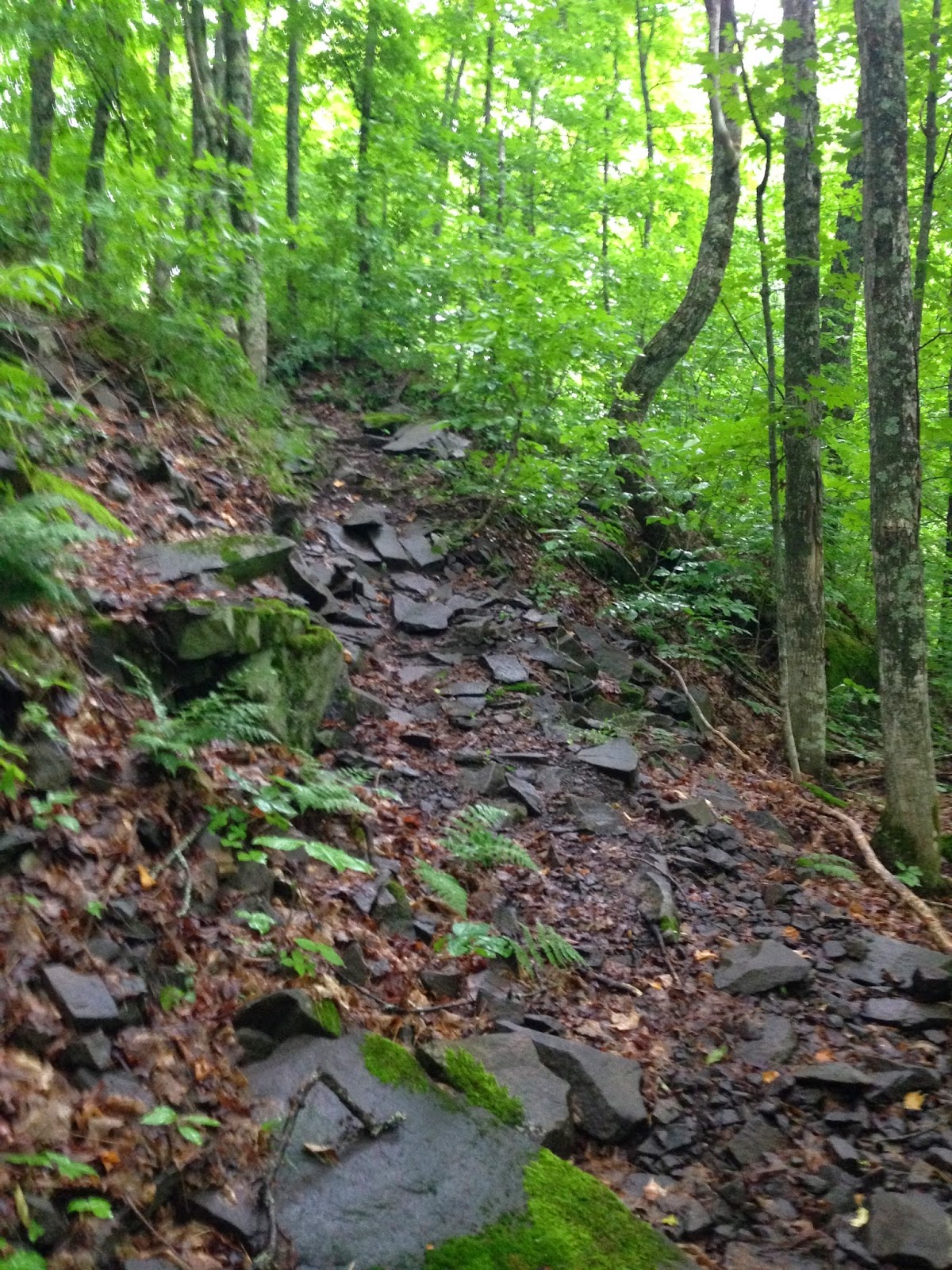 So- an hour and a half and a mere four miles later, I called it quits, returned to the campsite and called Big E in a panic.

Big E can fix anything, right?

Of course, he said what any rational person would say.  "Calm down and try again in the morning when it's not so wet."

I'd like to say I listened but the calm down part was hard. What I really did was freak out all night. I did, however, get up in the morning and try again, after removing a slug that I'd apparently picked up the night before.
This is where I want to tell you a miracle happened and I was suddenly incredibly skilled at riding a mountain bike.

Unfortunately, I was completely humbled by the course yet again in the morning. After pushing my bike around half of it, I realized I wasn't ready to race on this course this year. I'll admit, I was a bit crushed by having to make that decision, but I also strongly believe that it's important to know your limits. I love that hard races like this one exist. I just wasn't quite ready for this one yet.

Thankfully, I was in Michigan, which meant I was surrounded by some of the friendliest people you'll ever meet. Within in an hour, the race director had given me my money back without me even asking, a local had given me a tip on some trails in nearby Houghton and I was back on the road and ready to salvage the trip.

By noon I was in the bike shop in Houghton picking up a map of the area and becoming convinced by the employees that after my ride I should get back on the road and head farther north. As they put it, "If you're this close there's no way you should miss the trails at Copper Harbor."

So, after a ride on some trails that were much more my speed at Michigan Tech 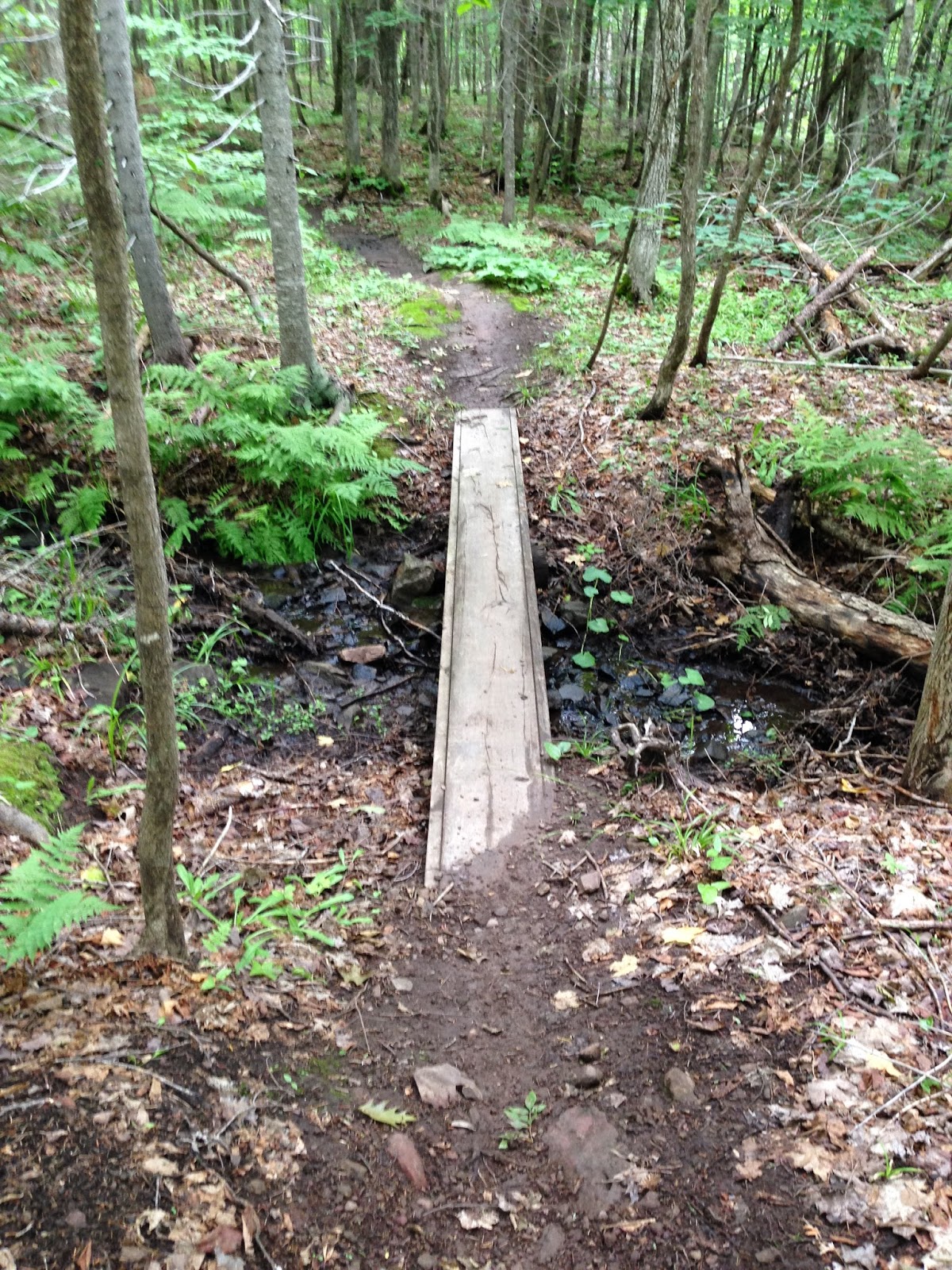 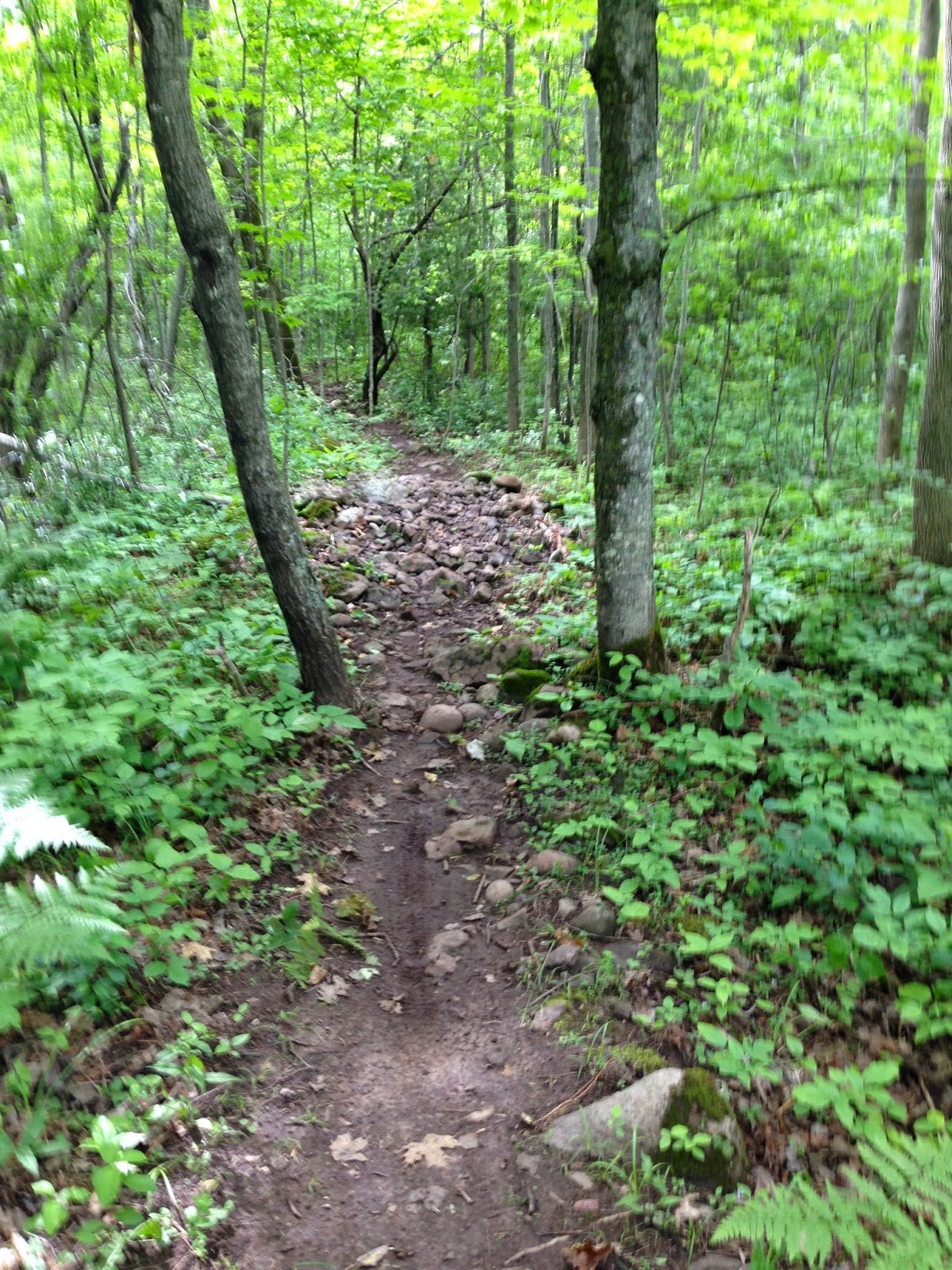 I was back in the car and headed north to Copper Harbor. I got there just in time to scarf down some hot dogs and hike out to Hunter's Point for the sunset. (Of course, that's not hard up there near the end of the earth because it stays light until after 10pm.)

Honestly, I don't even know exactly how to describe Copper Harbor. It feels cozy and completely wild at the same time, which is something I only ever really feel on the Great Lakes. Maybe it's because I grew up on one of the lakes, but there's something special about that water, I swear.

In what was probably a stroke of good fortune, the trails were closed for a run in the morning. While I waited for them to open, I ventured north on the bike, eventually riding a half mile down some fun singletrack to the beach. 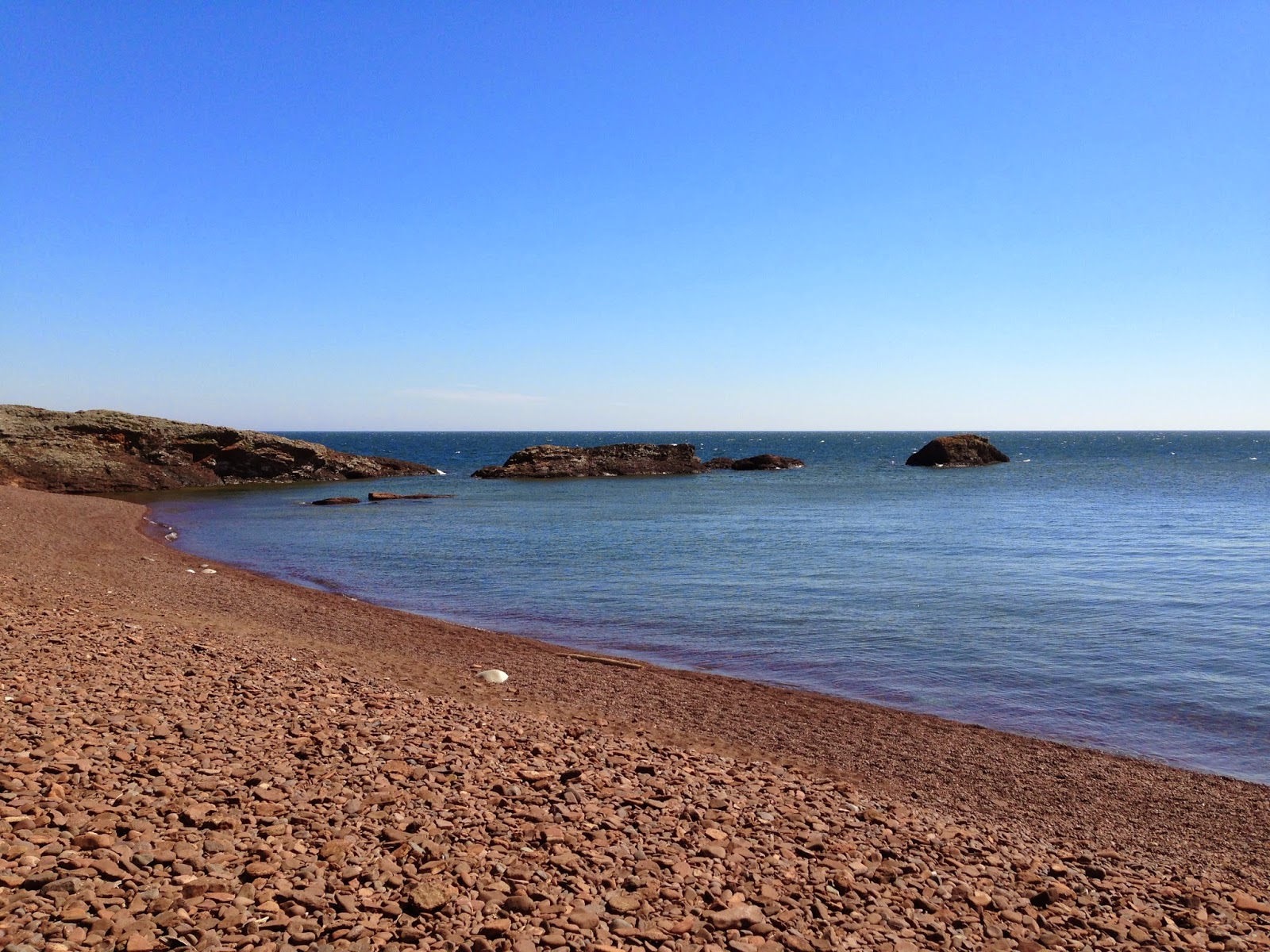 Just over an hour later, once the trails were open, I ended up here: 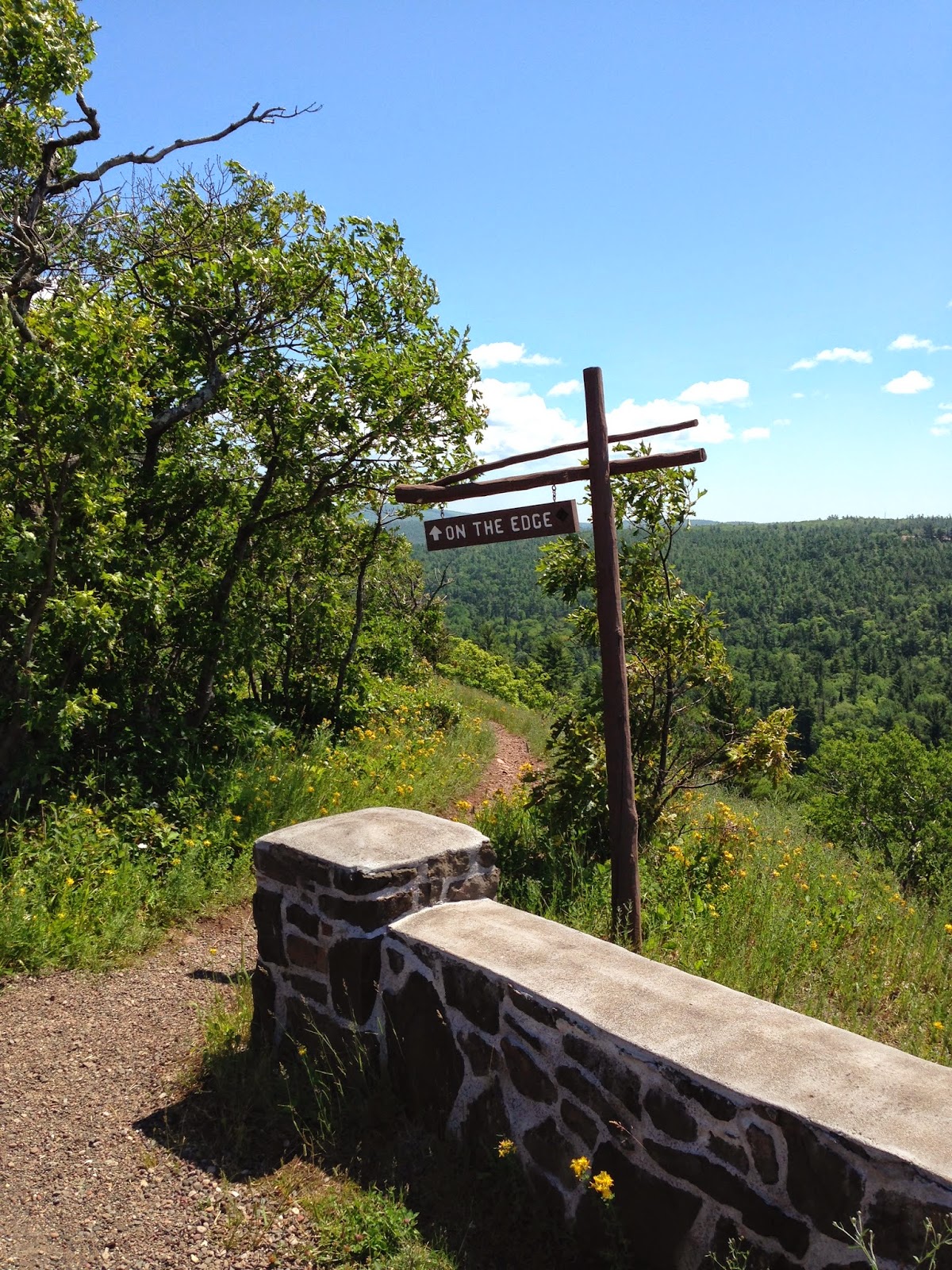 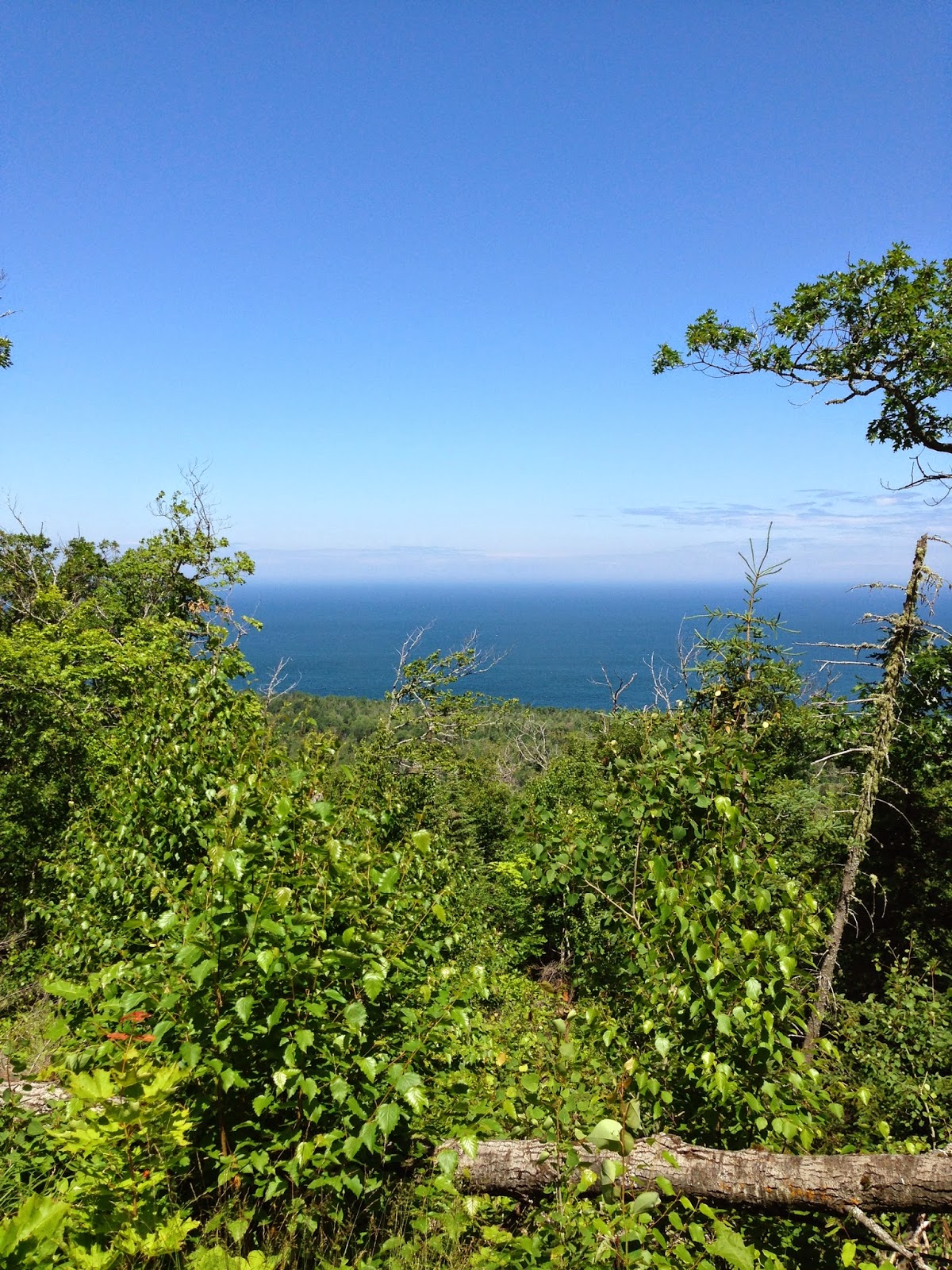 That pretty much sums up Copper Harbor- one minute you're on the beach, the next you're on the edge of a mountain...or swooping down in on some awesome flowy trails.

I guess, in the end, that thunderstorm wasn't a bad omen, but perhaps just a reminder to go with the flow and make the best of things. You might not always get what you want in life. Sometimes you get something even better. That's the sweetest revenge of all...
Posted by Lisa T at 9:40 PM 1 comment:

It is safe to say I will probably always feel the itch to move, to explore, to be anything but tied to one place. This has always been one of the big challenges of my life- how to find a way to make a living but still really live the way I want. If it was up to me, I'd be road-trippin' 24-7. Unfortunately it's hard to make enough money to live while traveling around riding your bike. So I live in one place for now.

I'll admit, I had pangs of envy on Saturday while listening to friends talk about taking some months off in a year or two to hike the Appalachian Trail. Not that I would choose that particular adventure, but hearing the excitement, the planning, brought back my itch. Only a few years ago, I was doing the same- finding a way to close down a chapter of my life so I could hit the road for a summer.

I'd be lying if I said I didn't miss those days, but I've also realized that in the last year or so I've found a bit of balance. Instead of planning a big trip, I've been able to sneak a little adventure into each week. So while I might not have messy hair, dirty feet and sparkling eyes at the end of EVERY day, I can't complain when I can manage them most days while also working and living in a city. Of course, since I live in Minnesota, I still haven't found a way to avoid mosquito bites and geese attacks while getting my hair messy, but hey, who am I to complain?

For just a little proof- here's a little photo tour of the last two weekends:
Of course, there were many more bike rides and bonfires, but I'm busy getting dirty feet and messy hair so I can't always take pictures!
Posted by Lisa T at 9:06 PM No comments: