Today's 50k was the first race with the new "Do what you can" motto. The first race in my year of going after it and not making excuses.

I definitely had my work cut out for me.


Ten miles in I was already tired. The usual tricks to keep my brain from realizing this did not work. So I was faced with 21 miles of running while the negative voices in my head tried to tell me to quit. Thankfully the positive voices in my head are stubborn and refuse to let me quit unless I'm risking hypothermia, crapping my intestines out on the trail, passed out cold... You get the drift. Fortunately none of those things happened today, which meant I did what I could in the moment. Or moments -all 1,200 of them it took to finish.

Days like this, when the body doesn't quite work how we'd planned, are never easy. They are, however, great for character building. They are they days we recall during tough times and say, "I did that so I can do this too."

Now if I could just get these feet clean.... 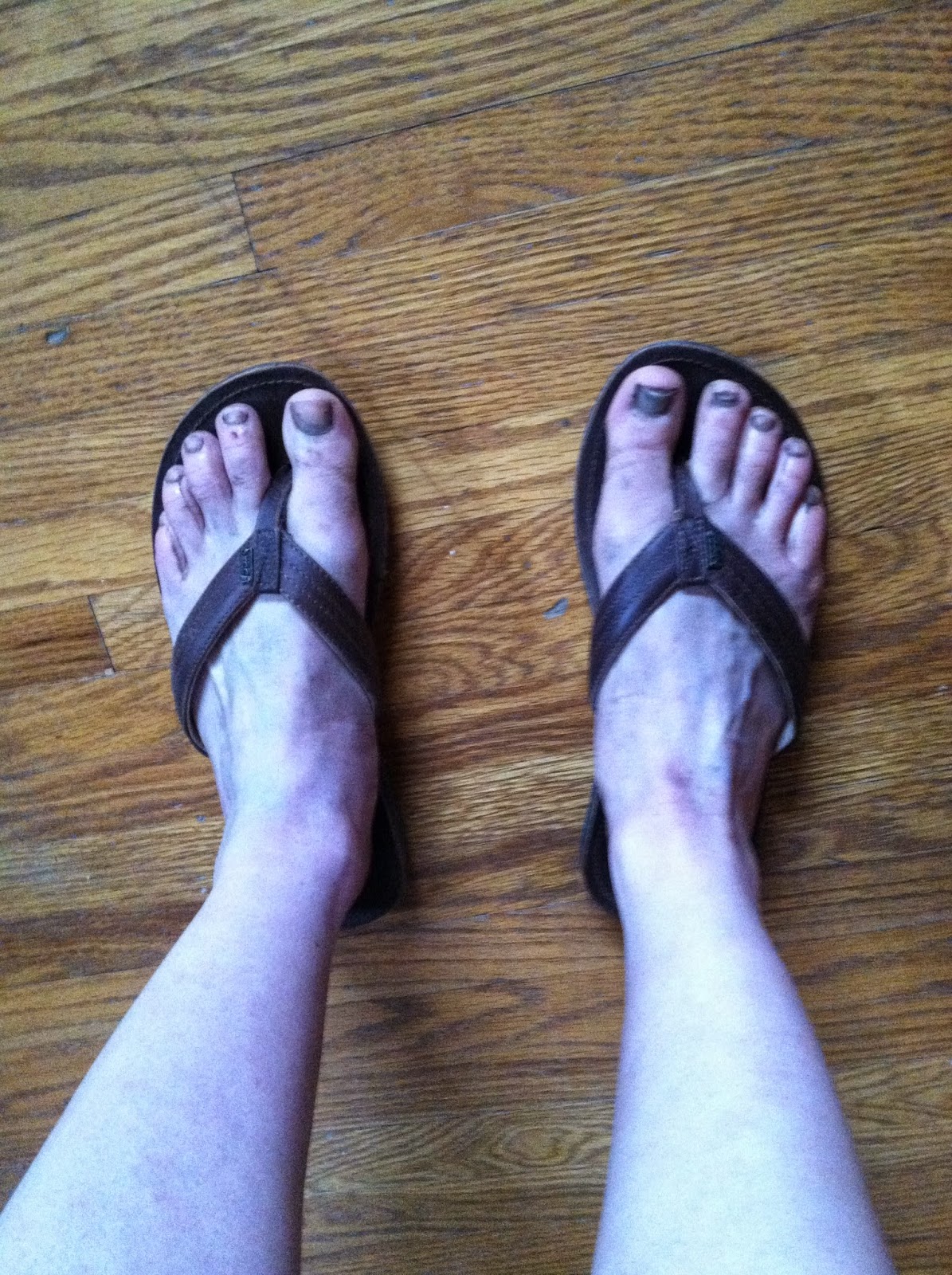 Shut Up and Write (or Ride or Run) 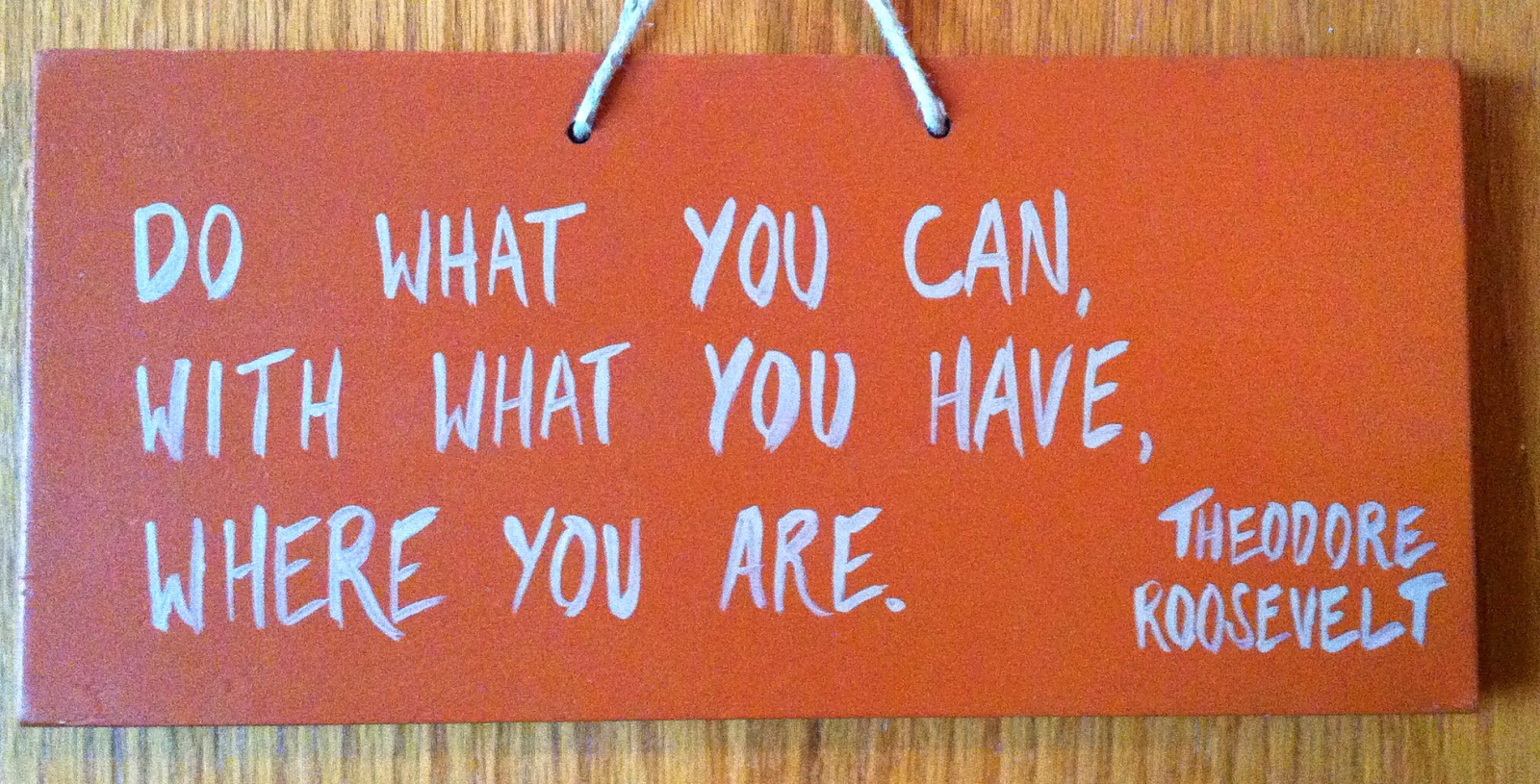 I was tempted to start this post with a list of reasons why I haven't been writing. Then I realized that would go against the spirit of the above quote, which has sort of become my motto this season. I opted instead to just shut up and write, because right now I have time, words and a place to write.

Like last year, I didn't plan this years races out in advanced. I've come to embrace the idea that I have a lot more fun when I jump into a few races early on and find inspiration from how those races unfold. Last year I was inspired to finish out the year of racing simply. This year, I was pretty quickly inspired with the idea to do what I can, with what I have.

This idea first came to me at the second fat bike race of the year. Conditions were rough. After a dozen crashes, miles of pushing in through rutted slush and a few more miles of riding with ice on my cleats, I really wanted to quit. As I came through to start my last lap, I did a quick mental check and realized I didn't actually have a good reason to give up. I wasn't cold. I wasn't badly injured. I was just really grumpy because I couldn't clip my bike shoes into my bike anymore. So I did the best I could at the moment, which was to run over to the truck, put my hiking boots on and give up clipping in altogether.  I was the last one to finish, but I did what I could. I was happy with that.

At the next few races, I noticed how often people commented on gear. At one point, someone squeezed my front tire before the start of a race and said, "These tires suck." I thought about that the whole race. Sure, I would've ridden faster with better tread, but those tires are on my bike because they're what I can afford right now and they're what I can afford right now because of choices I've made in my life. I can sit on the couch until the day I can buy better ones or I can get off my ass and race anyway. The worst thing that can happen is I come in last place. (Okay maybe the worst that can happen is I crash a few extra times, but you get the idea...)

Once I thought about this concept of doing what I can, with what I have, I realized it's not just about the gear. It's also about accepting where I am in my training and in my life. So many of us hold ourselves back from trying something because we think we're "not ready." We convince ourselves that we're not in shape to run that marathon, or not qualified enough for that dream job or too shy to speak our mind. Of course, that might be the case sometimes, but I'm going to venture a guess that more often that not, we're just not ready to risk what might happen if we try and things don't go quite the way we'd planned.

Long story short- this year will be about racing without excuses. It'll be about choosing races that scare me just a little. (Or races that scare me a lot.) It'll be about showing up on the start line with a whole lotta spirit and determination, even if I have crappy tires, or crowd anxiety, or fear of charging moose, or a little less fitness than I hoped for. (I could go on for pages here, but I'll save you the crazy insecurity that poor Big E has to put up with before every race.) It'll be about silencing that voice in my head that says, "You are not ready," racing anyway and accepting the outcome, even if it's last place. (Or lots of crashes, or coming face to face with a grizzly, or being chased by wolves......)
Posted by Lisa T at 11:47 AM 1 comment: