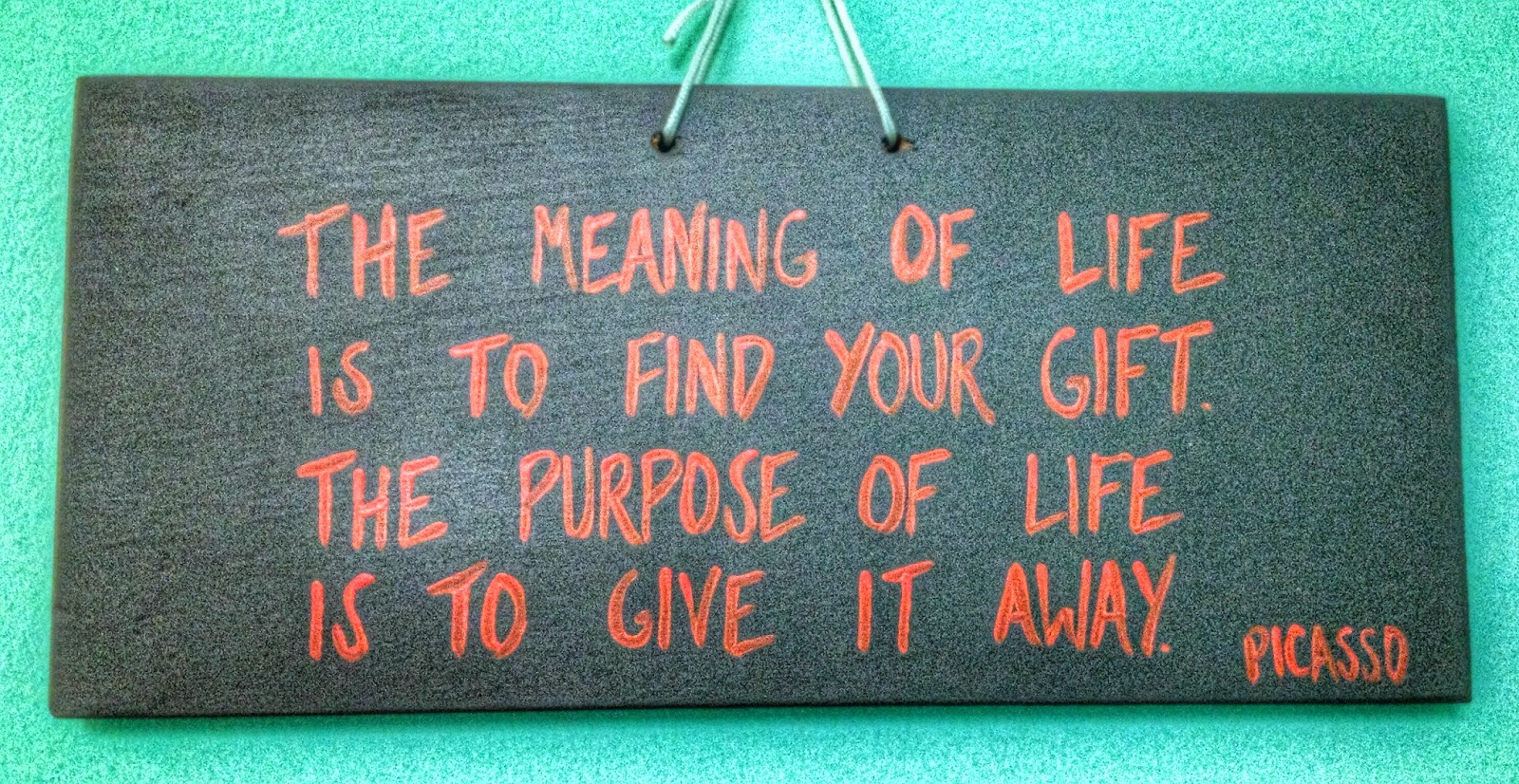 Sometimes an idea comes and I write about it right away. Other times one comes and I sit with it, stew on it, chew it up a little.

This one has been bouncing around in my brain for weeks. I painted it for my office. I thought I might write about it then. Instead, I held onto it through 31 miles of an ultramarathon. In the middle of that race, I made a choice to give it everything I had, to go for the win, a course record, and a huge PR all in one. In the end, just a few miles from the finish, the choice backfired. The PR came, but in the end, first place slipped away while I struggled to finish, having given away just a little too much, too soon.

On the drive home, I planned what I would write, disappointed by letting the win slip away, yet inspired by the utter exhaustion that comes from knowing that you truly gave every ounce of yourself in a race. Of course, that exhaustion hit later and the writing never happened.

Instead, I thought about this idea for two more weeks- while I massaged, while I ran on ridiculously tired and chafed legs, while I searched for Big E's stolen bike, while I mopped a flooded basement, while I cooked and cleaned and basically got on with life.

So what did I think?

Quite frankly, it was always the same. I thought about how what happened that day in the race- that moment when I chose to give it all away to go for it- I want to live that way as much as possible. Obviously, I realize it's much easier to give everything in a race than it is in life. The risks are lower. Give too much in a race, you risk a bruised ego and a tired body. Give too much in life, you risk a broken heart, an empty pocketbook......but I want to live that way anyway.

Do I know it's risky? Of course. Do I know it means I'm going to flop into bed exhausted at the end of most days? Yes. Do I realize that I might give a lot more than a receive? Definitely. Am I planning to let any of that stop me? Absolutely not.

Why? Because I think at the end of my life, when I look back (if I have a chance to), I will be most satisfied if I gave as much of myself as possible. In the end, what is left of each of us is what we give away. For Picasso maybe that was his paintings, but I believe we each have a lot to give away every day even if we don't have his talent for one specific thing.  Every interaction we have with another person is a chance to give. Every activity we start is a chance to give.

Hopefully, in the end, I can plan it just right and have given it all way. If not, if I screw it up and give too much too soon....