Considering I hadn't driven more than an hour since February, it goes without saying I was slightly nervous for the 9 hour drive to Michigan last week.  That said, I'm highly motivated by the idea of running on the beach so my excitement outweighed my anxiety. Thankfully, my driving anxiety also magically disappeared an hour from the city. Funny how not being constantly tailgated by people on their phone can make driving so much more pleasurable.

Thank you Wisconsin and Michigan for teaching your residents how to drive.

Five hours after leaving work Tuesday, I was settled in at a campsite on Lake Michigan. Despite a late night campsite move courtesy of some obnoxious Green Bay Packers fans, I was happy to wake up at the beach and stretch out my legs on the trails. 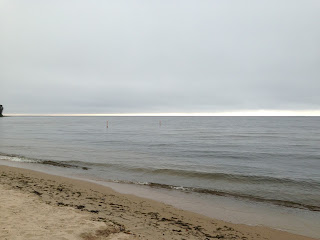 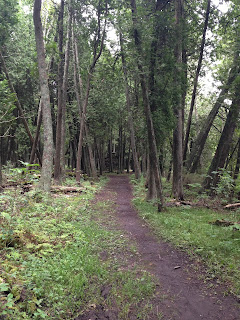 Once the cloud cover burned off, the drive across the UP was perfect and included another run and some soaking time. 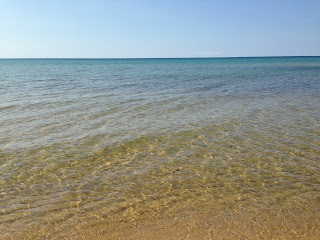 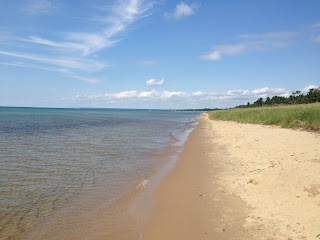 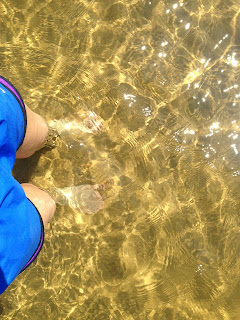 I even tackled my summer-long worry about driving over the Mackinac Bridge. (It's not quite as bad as my mind makes it out to be, especially if you just drive in the middle and pretend it's any old interstate.)

Beach time continued in Petoskey, despite some colder weather for the steel drum band concert. Nothing like a little Jimmy Buffet while you're wearing a winter hat. 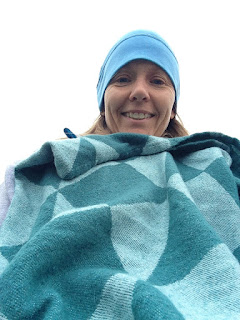 Thankfully the sun returned. So did my beach time. 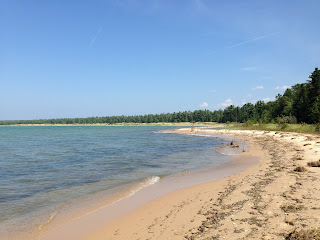 With 5 days of relaxation and running under my belt, I decided to break up the drive home with some more specific training for my 100 miler in Sept. Not the beach, but a run at Rib Mountain was fun nonetheless. 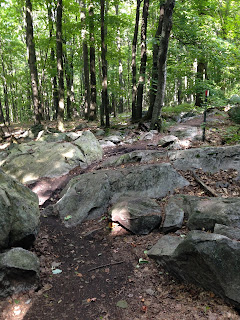 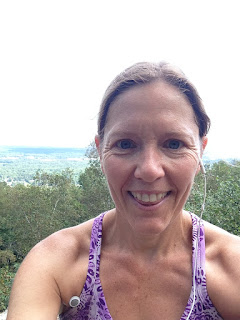 I made it home just in time to celebrate the big 4-6 with Big E, complete with a Valentino Rossi birthday cake. 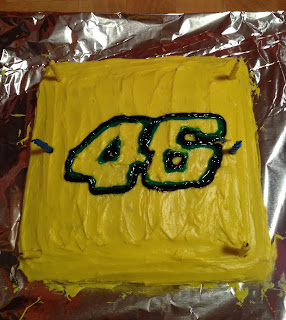 What Are You Willing to Do?

This journey to find my quan has taught me a few things- letting go, learning to relax, saying no, asking for help. The big one though, has been reassessing what I'm willing to do. Anyone who's continued to train as they've gotten older can probably relate to this. When you're 25 you can get away with just doing the fun stuff. You can throw on your running shoes, dash out the door, run hard and call it a day. It's easy to put in the work because your body accepts it. When you're 45, that changes. Add in any kind of injury or illness and things those changes are ten fold. You either need to cut back on the running and biking time or cut out something else in your day so you have time for mobility work or naps or eye therapy or whatever it is you need to do to heal.

Basically, you have to ask yourself, "What am I willing to do to reach my goal?" In the years I've spent coaching and training people I've noticed that people have a hard time answering this question. Most of us are great at setting goals. We also suck at being willing to change anything in our lives in order to reach them.  I recently spent an hour helping a client come up with three things she would do every day to help reach her weight loss goal. She almost cried in the process. Grasping the concept that she might have to change something, to be uncomfortable, was almost too much to bear.

So I figured I should ask myself the same question. I signed up to run the Marji Gesick 100 in September so I asked myself what I would be willing to do to finish this thing. Of course the obvious answer would be to run a shit ton, but that would be the easy way out. The fact of the matter is I'm older and I hobble a lot of the time and I'm still recovering from head trauma, which leads to complete meltdowns when I'm tired and causes anxiety over things I might not normally be afraid of, like running in the dark or over bridges.

So when I answered the question, I made myself really think about what I would do not just to run 100 miles, but to run without major hobbling and without a complete meltdown. It's been a work in process. I started with committing to my vision therapy exercises every day. Some days they got done at 11pm but they got done. I started carving out time for mobility work and stretching. At first I fit it in in little bits between clients, half-assing it a bit. Of course, then I realized how much better I felt and now it's become a near nightly ritual on the living room floor. Our living room closet looks like a rehab center but I think I hobble less. Maybe. Just don't watch me go down steps after I run. Or get out of bed in the morning.

I'm not going to lie, I was hoping that would be it. I could do those things and run a ton and it would all be good. Unfortunately there were still panic attacks at stop lights and dizzy spells out of nowhere so I asked myself the question again. "What am I willing to do?" Of course I had to throw in a few questions to help me narrow it down, the main one being, "What makes these things worse?" I hated to admit it, but I knew it was caffeine. So I cut it out. Cold turkey. I haven't had a panic attack since. Granted, I needed a nap everyday for a week and I'm probably a total bitch every day until noon but I think the worst is over. Big E might disagree since he has to deal with me in the morning, but at least now he doesn't have to deal with me crying every time I have a bad day driving. Plus, cutting out caffeine and learning to go to my happy place when I get nervous has led to a lot less candy consumption in the car so he probably won't have to deal my rotten teeth now either.

Of course, there are still 6 weeks until race day so I know there's so much more I need to do to get ready, but I'm willing. Whatever it takes. I'm willing.
Posted by Lisa T at 5:31 PM No comments: