All That Matters is Smelling Good

So many weeks have flown by I don't know where to start. It's always tempting to say I was busy, but I'll let the Wise Ringmaster explain why I'm hoping to never use that phrase again:

I share his feelings on the whole busy thing. If I never have to hear how busy someone is again for the rest of my life, I would be insanely satisfied. Instead of saying I'm busy, from now on I'll shoot for, "I've been incredibly content doing lots of cool shit."

So, on that note- what have I been doing? Well, I'll admit I haven't spent nearly as much time outside as I'd hoped. A torn thumb ligament mixed with some wussiness in the face of the recent frigid temps have led to a lot of this: 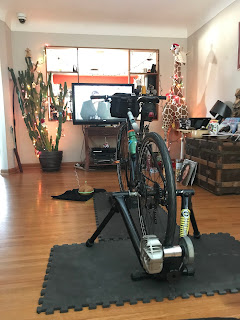 Thankfully I can finally hold the bars on a bike, even if it's not in the normal fashion, and it's finally above zero here so I can get my incredibly content ass outside on the bike now and actually get ready for Polar Roll and other cool shit like this mushy creek crossing that happened last weekend: 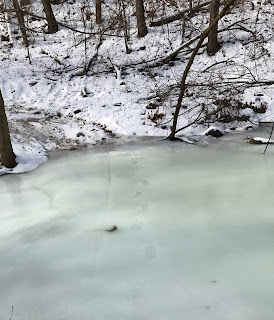 Yes, I know I should just ride across it next time, but considering that I actually attempted to crawl across while pushing my bike before I stood up, I'll take walking across as a big step in the right direction.

Big E and I did actually get outside for a hike on Christmas Day despite the sub-zero temps. 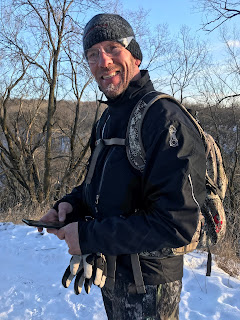 Somehow he's making it look much warmer than it was. Of course, he was probably warmer than me because he carried all our stuff on his back. Yes, I am spoiled with my own personal sherpa. Every time I go on an adventure with him I wonder how the heck I actually survive on my own adventures without him to carry my crap.

Of course, there's also been my new obsession, martial arts. Thankfully the gloves protect the thumb pretty well for Muay Thai so I was able to return after a week. Good thing, because now that I spend a few hours a week punching stuff I'm not sure how I ever survived without taking my aggression out before. Not surprisingly, I actually feel a lot more relaxed now. Nothing is more relaxing than pummeling a bag while pretending it's someone's face.....

Yesterday I finally returned to Jiu Jitsu after almost a month off. Coach taped my thumb to a ball to avoid any reinjury. 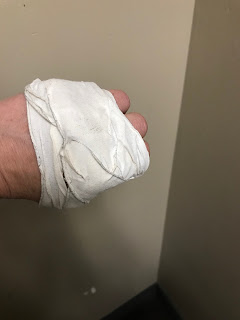 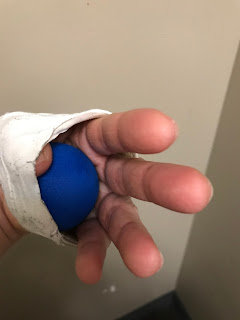 We call it "The Claw". Of course I realized too late that I should've had him do this after I changed my clothes. Trying to tie a Gi and your pants with one thumb is nearly impossible. Halfway through class my pants were falling down, my Gi was untied and my hair was out of the ponytail and flying everywhere. Fortunately, according to one of my rolling partners, I still smelled good. Thank goodness. At least I had one thing going for me.

From now on, my new Jiu Jitsu tactic is to always smell good. You never know. Maybe it will make my partners less likely to want to kick my ass. Heck, it's probably a good tactic for life. Smell like freshly baked cookies (or funnel cakes as my partner put it) and who wouldn't be nice to you?

Excuse me now while I go put some lotion on....