My favorite perk of the bike shop has ended. We had one demo/rental mountain bike that fit me. I'd sorta claimed her as my own the last few weeks. 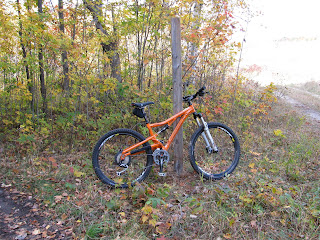 Unfortunately, since I work in a bike shop, I sometimes have to actually sell a bike and since Jules was the perfect fit for a customer on Wednesday, I had to let her go. I tried to throw in the idea that we had a brand new version of the exact same bike, but it was a no go. One ride on Jules and she was hooked. Thankfully I'd cleaned her up after our last outing, which started out pretty enough: 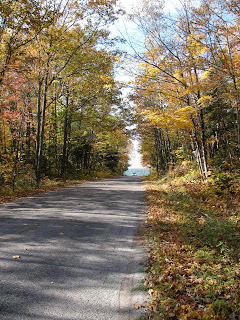 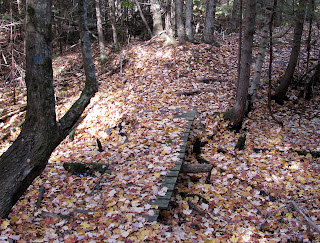 but quickly progressed into a trudge through the swamp. At first I was convinced I could just ride through the swamp. This worked fine for about 20 feet until the water submerged my front wheel and I came to a dead standstill, which lasted for about a half a second before I realized I was going to tip over and be partially submerged in the swamp. It was then that I decided that I'd rather trudge through knee deep water carrying the bike on my shoulder than risk crashing and swimming. 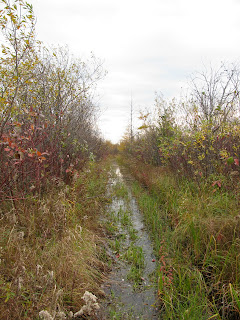 Of course, I immediately envisioned gators and water snakes and attempted to hop back on the bike to save my feet from the critters. There were numerous go arounds of mounting the bike, nearly falling off into the water, carrying the bike, panicking about snakes and remounting the bike before I finally decided that in northern Michigan the worst thing in that nasty swamp was probably a leech or two. This realization came immediately after I attempted to ride over a floating log, thinking it would just get pushed to the bottom and I would ride over it. While this seems like a great idea, let me just tell you- it doesn't work. You end up wet.

After a half a mile of this whole carry, try to ride, carry thing, I finally emerged on the other side of the swamp to discover that some wise-ass marked the trail this way to warn of the water: 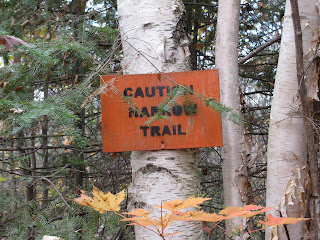 Whoever marked the trail either has a sick sense of humor or speaks a language  in which "flooded" and "narrow" mean the same thing.

Either way, it was worth it because the rest of the ride pretty much looked like this: 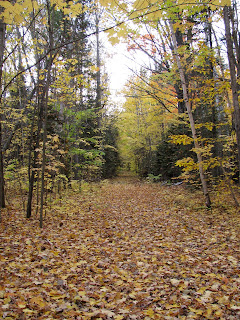