Some of you used to follow my old blog so you've probably read this one before. I wrote it almost a year ago, after a rough few months.  While I wouldn't want to relive the heartache that brought me to the day I wrote that post, I'm glad it happened. I ended up a better person.
This weekend was a rough one. My feelings were hurt. First I wanted to run away. Then I wanted to break shit. Then I wanted to cry. Then I stood up for myself. Then I listened to what the other person had to say. Then I felt better.
A year ago I probably would've quit after the standing up for myself part. Today I realized something. The feeling better part comes a lot faster if you listen.
And this time I didn't even need my cape.
January 13, 2010
He's one of those who knows that life is just a leap of faith. Spread your arms and hold your breath and always trust your cape." Guy Clark 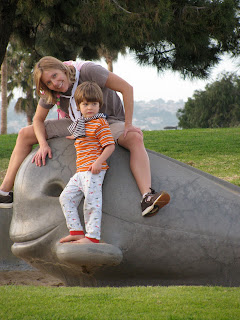 I'm not always sensible. I almost always follow my heart instead of my head. I know life would probably be much easier the other way around. I'm not yet convinced, though, that it would be as much fun. Until I am, I've come to accept that following my less rational organ will sometimes lead to having it broken. I've also learned, though, that although I initially vow never to follow it again, I always will. Call me naive. I prefer adventurous. I've also learned that sometimes the best thing to do when you feel like crawling in a cave and licking your wounds is to just put some bandaids on and head out into the world again.
This time, I had no choice. A friend came to visit with his 4 year old and 4 year olds don't let you lick your wounds. They drag your ass out into the world and show you that you can make it your own. They look at a piece of metal and instead of seeing monkey bars they see a rocket ship. They climb to the top of the jungle gym without worry because they trust that they can always get out of what they get into. They put on capes and believe they have superpowers.
They convince you to put on yours so you'll have superpowers too. At some point you start to realize you do have superpowers. The power to heal your own wounds. The power to laugh at yourself. The power to start over. The power to know that if you jump off that cliff just one more time maybe this time you'll actually fly.
Posted by Lisa T at 10:07 PM