A bike race that includes over 2,000 miles of round-trip travel is more than just a bike race. Therefore, it requires more than one blog post. After all, getting there and home is half of the adventure and without the stories of the travel there would really just be a kinda boring blog post about a bike race.

At 7am Thursday, I piled Chili the Singlespeed into the Subaru and headed southeast. We hit Iowa, Missouri, Illinois, and Kentucky before calling it quits in Tennessee somewhere between Nashville and Chattanooga. When a semi in front of me drove off the road and swerved back on at 70 mph I decided to quit while I was alive. We checked into our room, I showered and fueled up and it was bedtime.

In my travel-weary state I pretty much passed out until 3am. Why 3am you ask? Well, at 3am, I was ripped from sleep by two sounds. One was some sort of loud alarm-like noise. The other was, in fact, my own blood curdling screams, which were somehow ripped out of my body in my sleep when the alarm sounded. When I finally woke up, I had no idea what was going on so I proceeded to try to make the loud noise stop by pulling out every electrical plug in the room. At some point during this panic, I realized the sound wasn't coming from my room and sprinted into the hallway in my pjs.

In the hallway, I encountered a group of people, included an adorable Southern boy fully decked out in his country uniform including a ball cap and belt buckle. While I was standing there trying to figure out when he had time to get dressed (which was probably while I screamed and pulled out all the electrical cords), he called the front desk and was informed that we weren't going to die in a fire. Apparently this was just a minor (but very noisy) electrical system malfunction.

Well at least now I know that in the case of a hotel fire I will act like a complete idiot.

When my heartrate finally returned to normal an hour later, I fell back in to my deep sleep and dreamt I was riding bikes with Valentino Rossi. I impressed him with my hill-climbing skills right before I woke up.

Perhaps this was a sign of how much I was going to dominate the uphills in my race!

After such a great dream, I thought maybe I'd dreamt the whole fire alarm thing. Then I headed downstairs with Chili in the elevator and nearly took out Hot Southern Boy as I exited bike first. After he smirked and the woman from across the hall laughed and waved, I was a little worried that perhaps I actually wasn't even wearing pjs when I ran into the hallway. I certainly hope I was because if not, they were all subjected to the world's tiniest boobies (aka Nipples and Ribs).

Before anyone else from the hallway incident could smirk, I tossed Chili back into her place in the back of the Subaru and headed to Racoon Mountain. If I was going to drive this far, I was determined to ride at least one trail other than the ones on the race course. Of course it never dawned on me that this might be more of a workout than I'd planned for the day before my race. Really, I was just concerned with trying to reenact my Rossi dream. Of course, the opposite came true when I quickly discovered that the trails down south are just a little rockier than I'm used to. 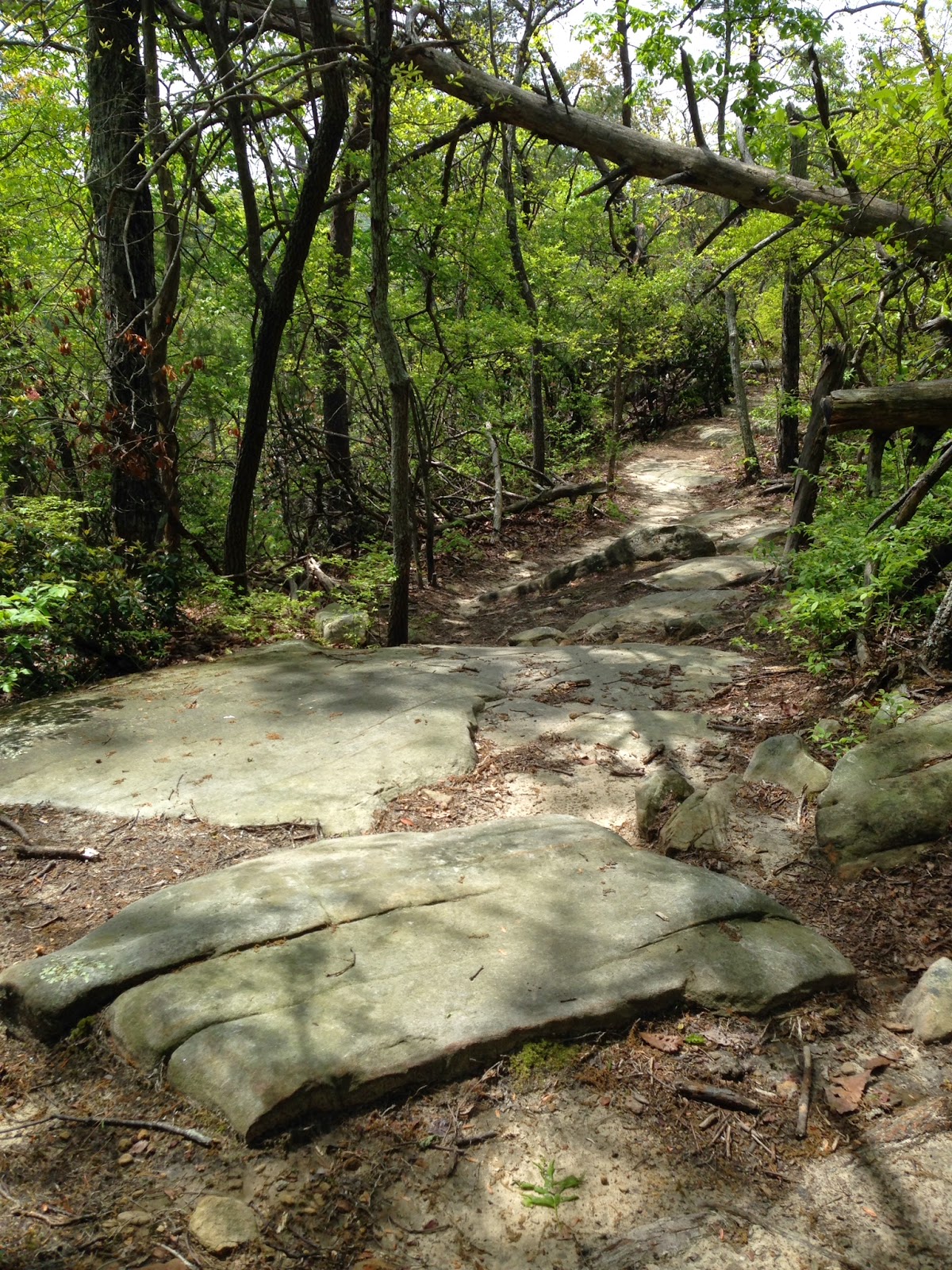 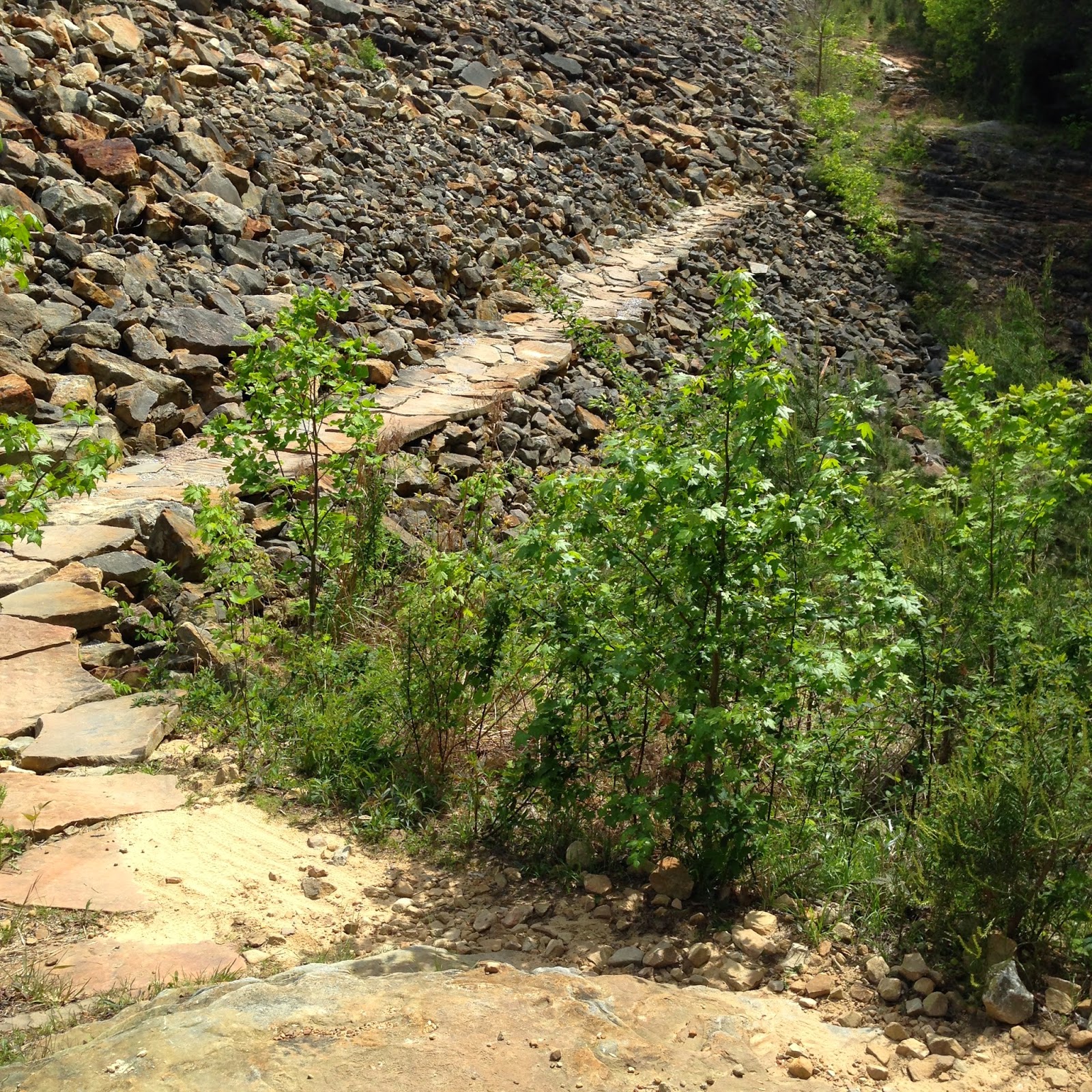 Although I didn't prove my climbing prowess to myself, I did enjoy some spectacular views so despite some rattled nerves and sore quads, the ride was a success. 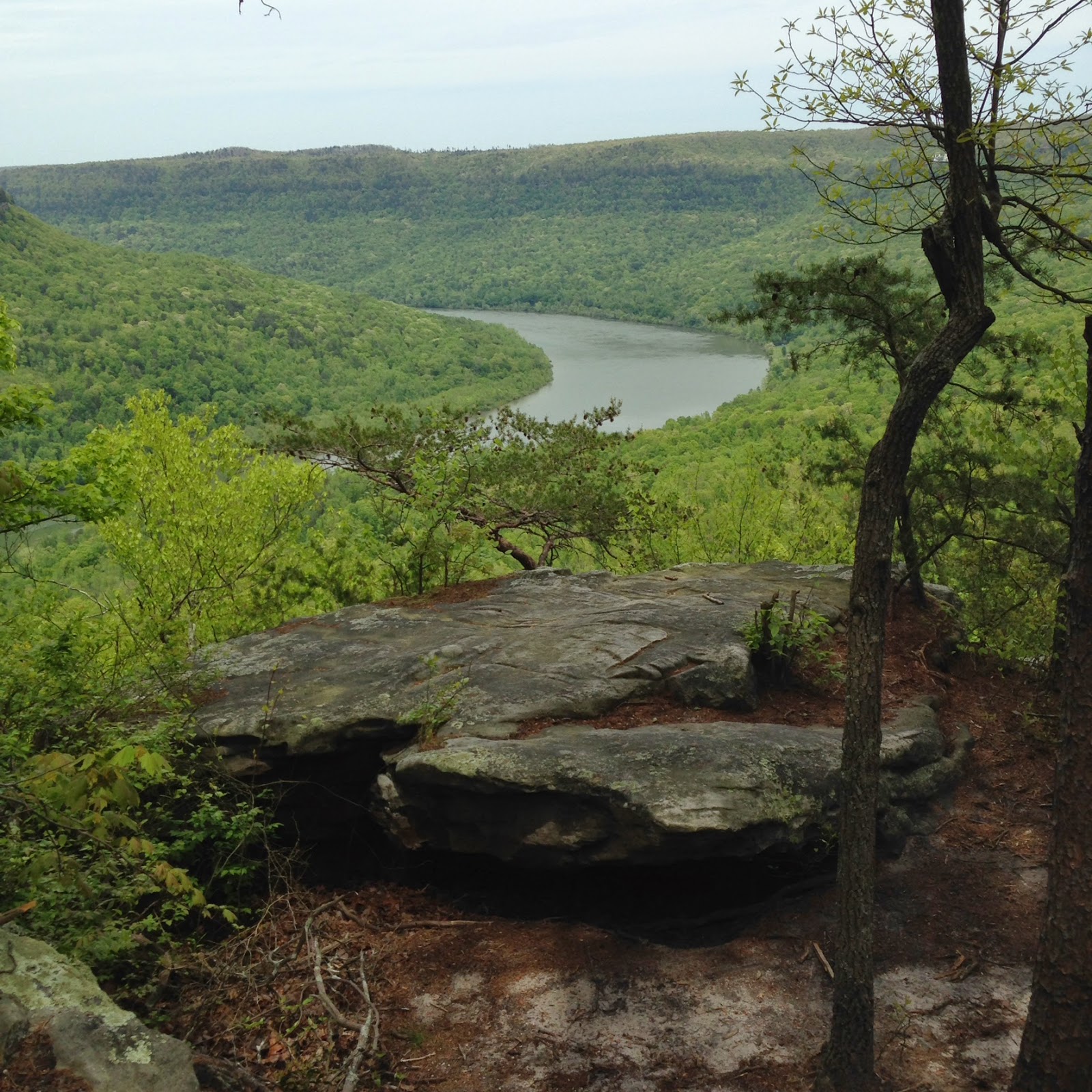 After my ride, it was back into the car for a final hour of driving to pick up my race number.  After a quick "it's up to each of you to decide to race in spite of the horrible weather forecast" lecture, which included the mention of jumping in the ditch if necessary in case of a tornado, I headed to one of the two hotels in the nearest small town.

Here is where I'm probably going to start sounding like a primadonna so I'll try to keep it brief. The room smelled like mold. I decided to deal with it and walked to the grocery store for air freshener. I cleaned the dirty sink and tub with dish soap so I could take a much needed shower after riding near poison ivy all afternoon. I stripped down, turned on the tub water and lifted up on the shower lever. Nothing. I (very) briefly considered a bath in the dirty tub. Then I pretty much lost my shit.

It didn't get any better when the hotel owner tried to explain away the issue by saying that room had had a water main break over the winter.

Well that explains the smell.

In the end, we comprised. I agreed to pay for that night if they would refund my money for the following night.  The maintenance man came to the room and scraped a pound of crud out of the shower head so I could take a shower. Somehow I managed not to think too much about how many diseases I was going to get from cleaning myself with water that had run through that crud. I fell asleep to the sound of pouring rain, wondering if perhaps poison ivy would've been a better bet than the shower germs plague and hoping I'd dream of racing bikes with Rossi before the alarm went off at 5:30.