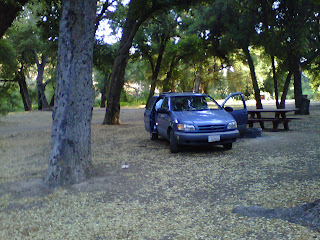 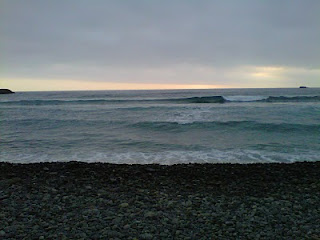 In the last five days, I’ve slept at a friend’s house, two different campgrounds and a truck stop. I woke up to a couple fighting at the house, a woman sobbing at the first campground, a three year old throwing a temper tantrum at the second campground and, ironically, birds chirping at the truck stop.
In the last five days, I’ve been lost in the mountains, in a small town and in a city. I’ve managed to find my way by driving in circles, asking strangers for help and busting out the new Blackberry to check Google.
In the last five days, I’ve been to three YMCA’s and discovered that not all of them have a shower. I’ve also discovered that after two days and over three hours of sweaty running without a shower, the sink at the Y will do just fine. In fact, you can even wash your hair and shave your legs in the sink at the Y. Trust me on this one.
In the last five days, I’ve learned that men aren’t looking at the parts of my body I thought they were during sex. (Thankfully I was told this and not shown it.  It was still traumatizing.) I’ve learned that when you’re homeless you have to suck up your crazy independent streak and let friends cook for you and take care of you. (Why did it take me so long to figure out that I’d like being taken care of once in awhile?) I’ve learned that when you’ve gone too many days without a shower, coconut body lotion can work a minor miracle. I've also learned that life is almost never as you expect it. It's almost always better, especially when you're on the road.
Posted by Lisa T at 2:14 PM