Warning: There are graphic photos. If you can't handle pus and a seriously chafed coochie. Don't scroll down. Really. Don't.

There's running a 100+ miles and then there's the two weeks after running 100+ miles. They're equally painful.

Wait. Who am I kidding? The two weeks after is more painful.

At least I can finally put my legs together, which was impossible for about 4 days. 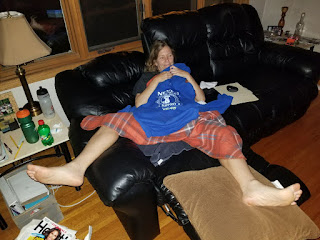 I don't even know where to start. The muscles? The chafing? The blisters? The nightmares?

Actually the muscles weren't so bad perhaps that's a good start. I'm going to venture a guess that had I not had those three IVs, I'd be much worse off in this department. In fact, I had so little muscle soreness that I thought it would be a good idea to ride my bike around for 30 miles on Sunday to cheer for the other half of Lisa Lisa during her marathon. 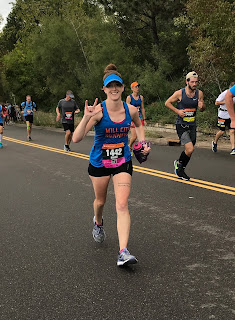 This seemed like an awesome idea at the time. Later that day when I could barely walk it seemed like maybe driving to the finish the cheer would've been a smarter idea. Apparently there was some sort of deeply buried quad pain that I had yet to experience.

Thankfully, most of the trauma has gradually gotten better instead of worse. Take my feet, for example. 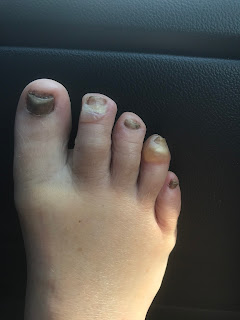 While that fourth toe seemed quite "legendary" as an old running friend put it on Sunday, once Big E applied his surgical skills, it's healed quite nicely. It may not ever be exactly the same shape and the nail will likely fall off, but at least the pus is gone.

Unfortunately, while the other foot faired better on blisters, that foot, ankle and shin are still numb.  I'm not sure I want to feel what this is going to feel like when they're finally not numb.

If the pain is anything like that I had from the chafing, it will push me over the edge. 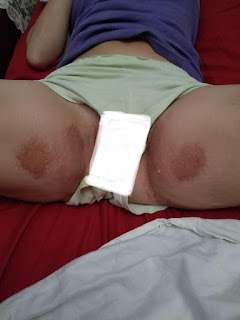 Want to know what that chafing feels like? Imagine crashing your bike and somehow getting road rash on your inner thighs, private parts and in between your butt cheeks. Let's just say I learned to apply Tegaderm on places I was hoping to never apply Tegaderm. The whole thing was made worse by the fact that my inner thighs also swelled to about five times their normal size so walking without them rubbing together was nearly impossible. Big E had to sleep on the couch for 3 nights so I could sleep spread out without them touching each other. Thankfully, when I finally started peeing normally again on Wednesday, the swelling went down and I could walk without looking like I'd ridden a horse for 300 miles. Not that that was the end of the discomfort. When stuff like that heals it's itchy. Really itchy. Hopefully someday this will stop. Hopefully someday soon.

More importantly, I'm hoping my running nightmares will end someday soon. As of last night, I was still stuck running the last 15 miles over and over in my dreams. There's no finish. Just running and running and running. Marji will not leave me alone. Even whiskey cannot kill him. He continues to stalk me. I have no idea what he wants.

Maybe Todd knows. Or Danny. This is all their fault anyway.

(Update: a few hours later that entire fourth toenail and most of the skin around it came off. Maybe this sacrifice will make the Marji curse leave me alone.)