Bonnie and Clyde Take on Hillside

Okay, fine. Mostly it was just Clyde taking on Hillside.  I wimped out on actually wearing the costume for the race. Riding a mountain bike in a skirt and heels just seemed like a bad idea. Especially since it snowed a little.

Clyde decided to wear his suit anyway so he ended up looking less like a bad guy and more like a preacher on a bike. 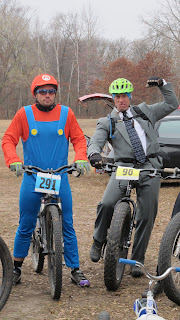 Well, at least until he decided to bust out the flask. 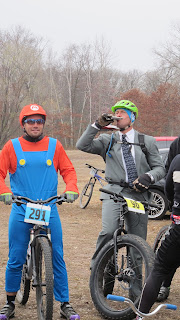 I did brave the full costume just long enough for some post race pics. 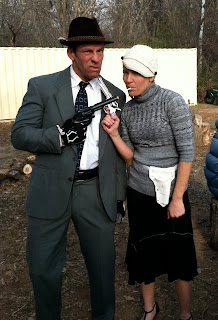 (According to the crowd, I don't know how to smoke a cigarette. I'll take that as a compliment.) 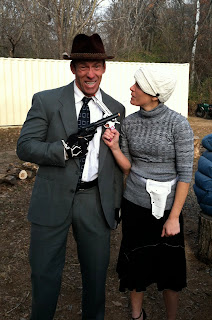 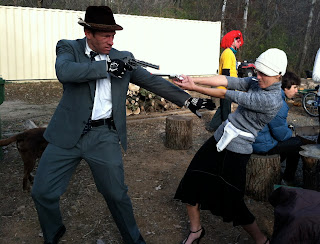 Then I wimped out and put my winter boots on to enjoy a little entertainment by Evil Kenevil. 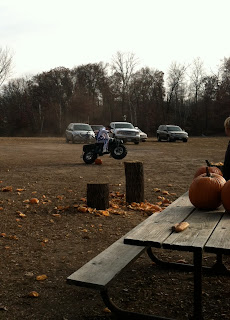 Thanks Jamie and Robin for the pictures!
Posted by Lisa T at 5:31 PM