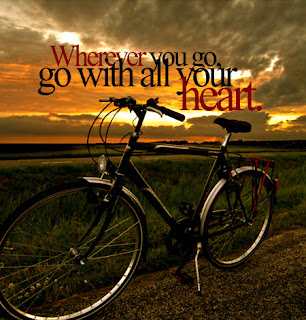 On Friday morning, probably around 10am, I was waiting for a ride to pick me up in Preston, MN. I was in a coffee shop at mile 39 of the Alexander version of Almanzo. I'd broken a pedal at mile 33 and run/pedaled one-legged to get here. I stood at the counter, giving another rider my phone number, just in case he needed help later in the race. After he wrote it down, I introduced myself. The woman behind the counter, looking shocked, said, "But you don't even know him!"

At that point, I thought I was calling it quits. I did know, however, that in the few hours previous a guy named Martin had helped me dressed myself in the middle of a downpour so I could keep riding, more than one rider had tried to fix my pedal and some old ladies I didn't know had offered to give me a ride to the nearest bike shop. I figured if there'd been that many good people in my life before 10am, I could trust another rider with my phone number.

A few hours later, with new pedals and dry clothes, I was back on the course. As soon as I started to pedal, my brain started to wander and I realized that this day had already made up for all of the days in my life when I've lost faith in humanity. For all the bad days, it only takes one like this to make me forget, because for every bad person in this world there will always be a Chris Skogen, or a Martin or a Courtney. As I rode along, I wished there could be more people in the world like them.

In the next 40-some hours, I discovered there are. If you had asked me three days ago if I thought I could ride 389 miles and do 262 of it all in one push, I would tell you, "Hell no." In fact, I still don't necessarily want to say "I" rode all that way, because, in fact, it was really "we" who rode all that way. Martin and I in the rain, Ian and I in the amazing first night sunset, Pat and I in the heat of day two, Jonas and Lindsay and I through an entire night. Not to mention the bartender who helped me find a room night one, the bed and breakfast guy who let me in at 11pm, Big E who raced his own race and then came back to wait for me early the next morning.

In the days to come, I will share the stories from my ride, but I wanted to share this part first. If there is one part of the story people read, I hope it is this part, the one says how unbelievably grateful I am to every single person who helped me finish this race. I pushed the pedals, but each of you carried me a little bit of the way. Thank you.