I can't really complain about the last week since I spent almost 20 hours on my bike. At one point, I left work on a Monday and had ridden over 6 hours by the time I returned on Tuesday. Of course, I arrived on Tuesday sans shower, but hey, I got my rides in.

The highlight of the week was this guy. 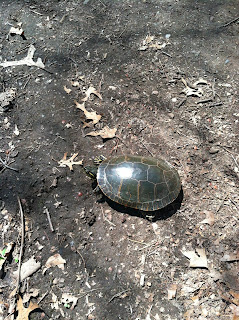 Seconds after I snapped this photo I discovered that turtles can, in fact, haul ass toward the pond when they're scared. He was fine with me taking his photo. He just wasn't real thrilled when another biker rode by an inch from his shell.

Other highlights of the week included figuring out how to pee in the middle of Wisconsin farmland without anyone noticing (hopefully), navigating the bike to some new trails without too much traffic (because driving to the trail is highly overrated) and discovering that GU's apparently don't actually expire. 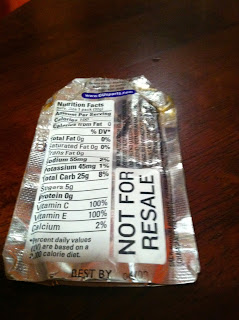 While eating this one after seven hours on the bike, I somehow convinced myself that it not only lasted as long as a Twinkie, but tasted like one too. I have no idea if this is actually true. It just seemed like a good idea when I was hungry enough to eat my own arm.

Although once the gloves are off, I have to admit, my arms are pretty creepy. 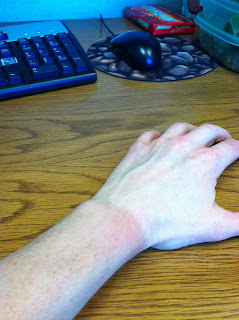 Of course, I might have taken this the same day I arrived at work sans shower. It's all starting to run together.

Either way. Ride on, be happy, enjoy the sun! 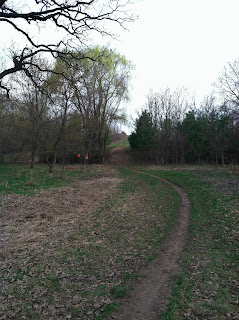