Before I start telling stories here's a few quick pics from the last two days: 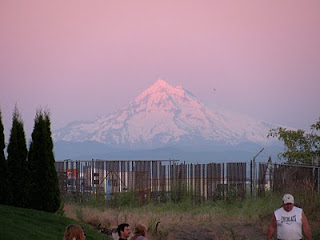 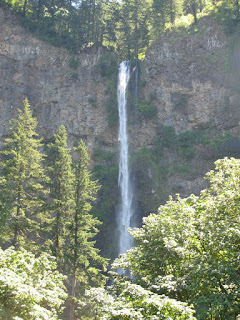 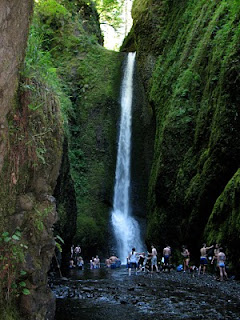 Oneonta Gorge
After spending yesterday doing some amazing hikes, I rolled into Hood River last night hoping to take a windsurfing lesson today. I woke up this morning to one of the only non-windy days of the whole trip. Crap!
Hoping the wind would pick up later, I did some much needed laundry, had breakfast and called my folks to let them know I was still alive.
At 10, there was still no wind. I headed over to Big Winds anyway. I walked up to the rental and lessons department and said, “I want to windsurf but there’s no wind.”
I was informed it would be windy tomorrow so I signed up for a lesson, but I still had a whole day ahead of me. I asked the guy working if he knew of some running trails or road biking routes.
Ten minutes later, Mike had given me a map filled with highlight trails and roads. There was also a highlighted area to paddleboard and a section of river highlighted for rafting. I must’ve seem excited about this, because then he gave me the really good info. His friends were meeting up later for “Floatfest 2010.”
His buddy’s house got highlighted on the map too and he sent me off with instructions to buy something that floats and beer.
An hour later I showed up at JP’s house, introduced myself and loaded my floating Walmart chair into someone’s car for a ride up the river.
I figured a river trip with 30 people I didn’t know was as good a way as any to make friends, especially if there’s beer involved.
I spent the rest of the day floating down the river with people on air mattreses, inner tubes, rafts, paddleboards and best of all, a floating couch. While my chair was pretty comfy, I gotta admit, I was really wanting to paddle that couch.
Somehow at one of the stops along the way, I managed to score myself a seat on it. Before I knew it, Adam had swapped me his warm and relatively dry couch seat for my low-riding very wet chair.
I spent the rest of the day in style on the Liquid Force couch. 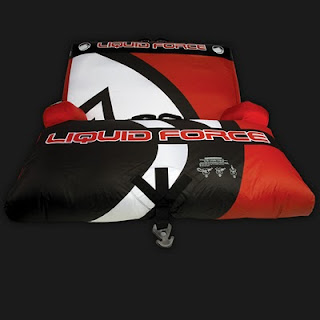 Thankfully (for the camera's sake) but unfortunately (for your viewing pleasure's sake) I was smart enough not to take my camera down the river. Hopefully I can get some pics from someone else to share later.
Hopefully the windsurfing is just as fun tomorrow!
Posted by Lisa T at 7:35 PM