Oh, the People You Meet!

If Dr. Suess was going to name my trip, I believe it would be that. It seems the more I travel the friendlier people get. Take Marquette for example:

On Saturday when I got into town I headed for a place called Babycakes because I heard they had gluten free muffins. The only table open was a big one so I knew I'd be sharing at some point. I just didn't know that I'd get to share with Janet and Frank. Seriously, I think I left 3 hours later. I think I answered one email, the rest of the time was spent chatting. They were truly inspiring because they worked as teachers, both in Michigan and Europe, and are now retired and traveling the world. They had great stories and great suggestions for me on my quest to keep traveling!

Later in the day I made dinner in the park. Just as I sat down to eat an older lady came up and asked if she could sit with me. Over an hour later I'd heard numerous stories about the town from Donna, who was born here in 1929. She told me about how the freighters used to bring in coal and leave with iron ore, she told me about the private donation for the incredible public library here and she told me about how her grandson once snuck up on the iron ore dock and walked out to the end for the view (something she'd always wanted to do).

Yesterday I was briefly entertained on the beach by a guy named Soul Train. He was actually pretty interesting, right up until he tried to rub my feet. That's a little too friendly, even for me.

Anyway- you get the drift. It's friendly here. It's also beautiful. 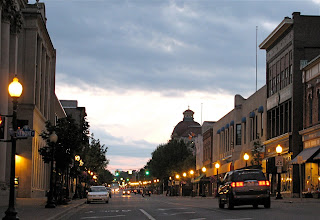 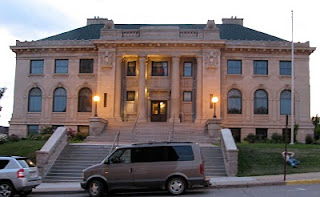 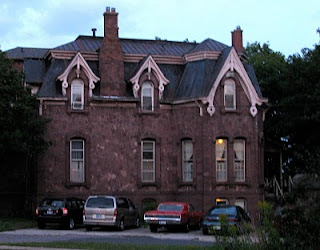 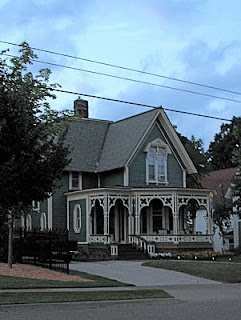 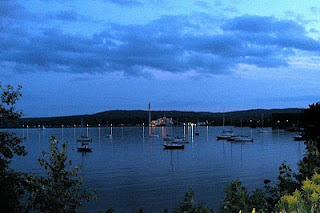 I got the impression that while the rest of the country was busy spending a whole lot of money building new stuff, Marquette was busy making what it had already even better. Old, well maintained buildings hold the businesses downtown and there don't seem to be many stores that have closed down recently. That's definitely a rare sight on this trip.
Posted by Lisa T at 10:57 AM