I spent my last two days in the UP being a tourist.  Pictured Rocks was first: 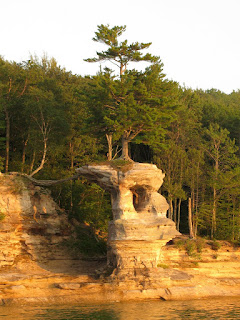 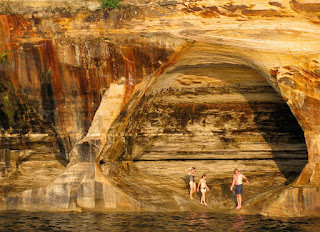 The next morning I headed to Whitefish Point, which is basically just a small marina, a lighthouse, a coast guard station and a shipwreck museum. It's a pretty eerie place, especially when you're the only one there in the early morning fog. 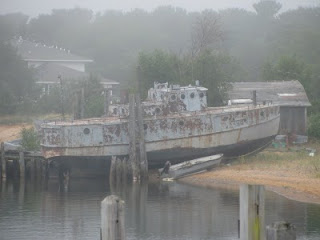 Between the old abandoned boats 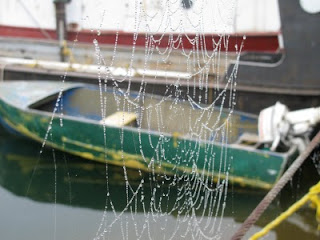 the cobwebs and the thick fog, I definitely felt like I was in a horror film. 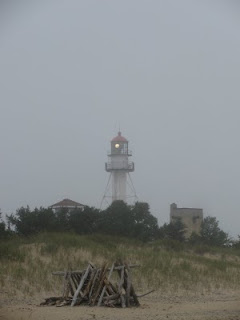 Guess it's pretty obvious why they need the lighthouse!
Now it's family time in Petoskey for the week!
Posted by Lisa T at 11:20 AM