It was the music that finally drew me in.

I’d been walking back and forth through the town of Newport killing time before the fireworks began, looking for a place to have a drink. The Bay Haven intrigued me the first time I walked by, but I didn’t have the guts to go in. It looked like the local dive bar. I love local dive bars, but this one looked like it might be full of fishermen who’d already tied one on. It was on the fourth trip that I heard the band start up. I couldn’t resist.
I snuck up to a corner seat at the bar thinking that a whiskey-drinking girl like me would fit right in.
Ha.
That might have worked except that “taverns” such as this one in Oregon only serve beer and wine. So my gluten-free self ended up the only one in the bar with a glass of wine. So much for fitting in.
It didn’t get any better when the band started playing Girl from the North Country and the singer started singing right to me. 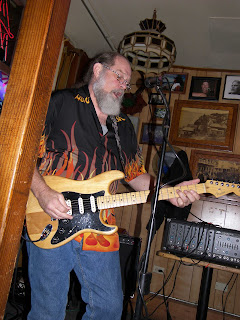 It wasn’t until he laughed (and everyone turned to look) while singing the line, “She’s wearing her coat so warm,” that I realized that while everyone else was in shirtsleeves, I was bundled up in a down jacket and beanie. Great, now we’ve moved up from not fitting in to sticking out like a sore thumb.
Right as I was debating whether to slink away or just take off the coat and hat, a minor miracle happened. I recognized someone. A face from my climbing days in Joshua Tree.
Fifteen minutes later Michael Paul had introduced me to half the bar. I met the band. I met James the Bartender. I met Jimmy the Surfer.  I met Captain Robin. 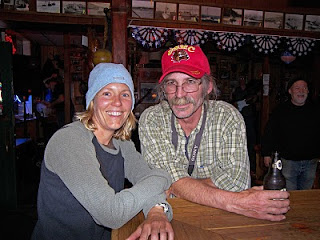 Now that’s what I’m talking about. Who needs whiskey to fit in when you suddenly know half the town?
When it was time for fireworks, we headed to fishing boat owned by Robin’s friend and watched from the harbor. 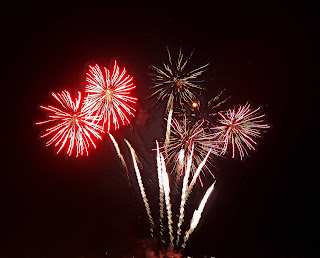 When I was preparing for this trip, a lot of people wanted an agenda. They were shocked when I said I didn’t have one. I didn’t make one because I don’t want to rush anywhere and miss something like this. This is when the good stuff in life happens- when you slow down and wander into a place you happened upon because you had nowhere else to be.
If I’d had an agenda, I would never have gotten a glimpse into the lives of the people in this town- the guys who worked hard all day on their boats and deserve to play just as hard on a night like this. I would never have gotten to spend the night at the oldest house in Newport, owned by Michael's parents. I would never have gotten to sit around the kitchen table the next morning and share stories with Michael and his mom. I would never have found South Beach and spent some time there with Sheba, the gentle giant Rottweiler. 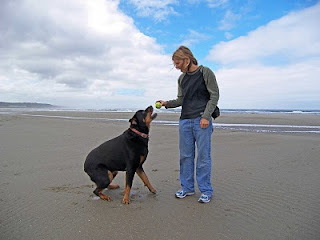 
All photos on this post were taken by Michael Paul.
Posted by Lisa T at 10:45 PM